U of M professor urges youth to donate time, money to political parties 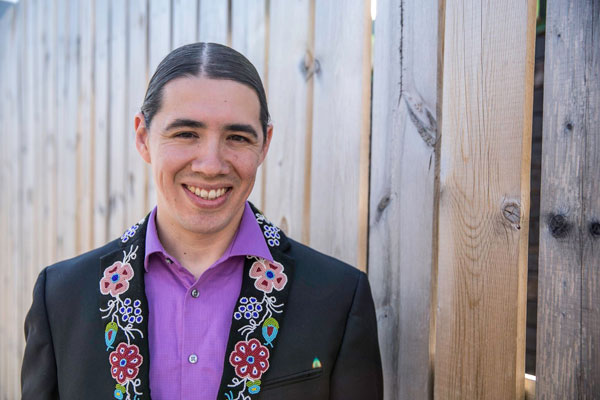 Robert-Falcon Ouellette wants more young Aboriginal people to get involved in politics in terms of both their time and their pocket books.

The University of Manitoba professor and program director ran for mayor of Winnipeg last fall and he is currently seeking a Liberal nomination in the city for the next federal election.

A member of the Red Pheasant First Nation, Ouellette was one of the featured speakers at the University of Saskatchewan’s Aboriginal Achievement Week.

He says if Indigenous young people really want to change how society works, they need to get involved in one of the political parties and make their voices heard.

Ouellette says he has been studying Winnipeg academically for a number of years, been frustrated with how things work and decided the best way to try and make change is to get involved.

“You know I was complaining about civic politics and what politicians could be doing if they just had the right mindset of the problems and how to go about finding long term solutions. And someone said to me, ‘well, you know, quit complaining about it and run for mayor yourself.’”

Even though he placed third in the mayoralty race, he says he still feels he has made a positive impact on how politics are being conducted in the Manitoba capital.

“In fact, actually, we did win. In the sense that right now in Winnipeg, all the debates everyone is talking about, are the same debates I was raising. The other candidates in the beginning were ignoring these issues and I was continuously bringing to the front interesting ways of either looking at race relations, the racial divide within the City of Winnipeg, transportation…” 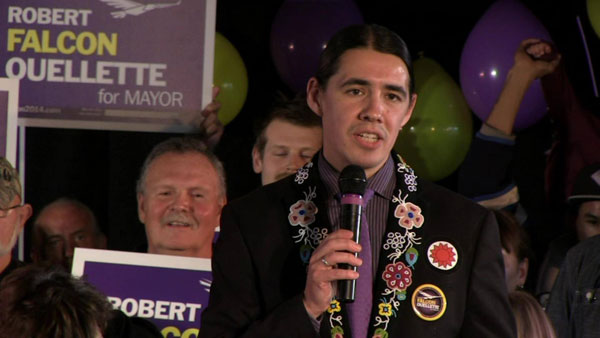 The prairie city is struggling to deal with the issue of violence against Aboriginal women in recent months after the body of 15-year-old Tina Fontaine was pulled from the Red River last August and 16-year-old Rinelle Harper was viciously beaten and left for dead on the banks of the Assiniboine River in November. Winnipeg is also taking a lot of heat for the city’s poor relations with Aboriginal people highlighted in a scathing article in Maclean’s magazine last month.

Ouellette agrees racism is a major problem in Winnipeg but for different reasons than some others.

“I think it’s a racism people fail to understand. It’s not a racism about someone wearing their hair in braids. I wear my hair in braids. It’s in fact a different type of racism. It’s a lack of understanding about who people are. They look at someone and say, “Well, look at them, they’re so poor and they’re so down and out,’ and then you fear them because you’re not sure of some of the reactions they are going to be doing around you. Are they going to rob me, are they going to do this to me, are they violent, are they drug dealers? Instead of looking at them as human beings and saying, ‘what are the long term solutions?’”