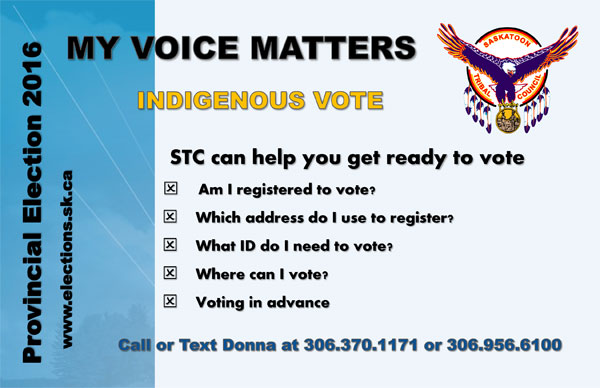 In preparation for the April 4th, 2016 Provincial Election, the Saskatoon Tribal Council has issued a challenge to all political parties on First Nation related issues.

“We are challenging all political parties vying for seats in the upcoming provincial election to issue their party’s platform position on a list of key issues affecting First Nations people and communities within the Tribal Council’s region,” STC Tribal Chief Felix Thomas said.

On Monday, March 21, 2016, STC delivered a document to all political parties in the province outlining what the Tribal Council states are the key issues affecting First Nation communities in the Saskatoon region, and beyond. In the document, STC is requesting that each political party provide a detailed response on their party’s position to the issues by March 25, 2016.

“The province and its government is a Treaty partner and we believe it is extremely important for First Nation eligible voters to understand exactly what the position of each party is on issues important to them so that our people can make informed decisions on who to support on April 4th,” Chief Thomas said.

STC has dedicated its own staff and resources to promote eligible First Nations voters to exercise their democratic right to vote. 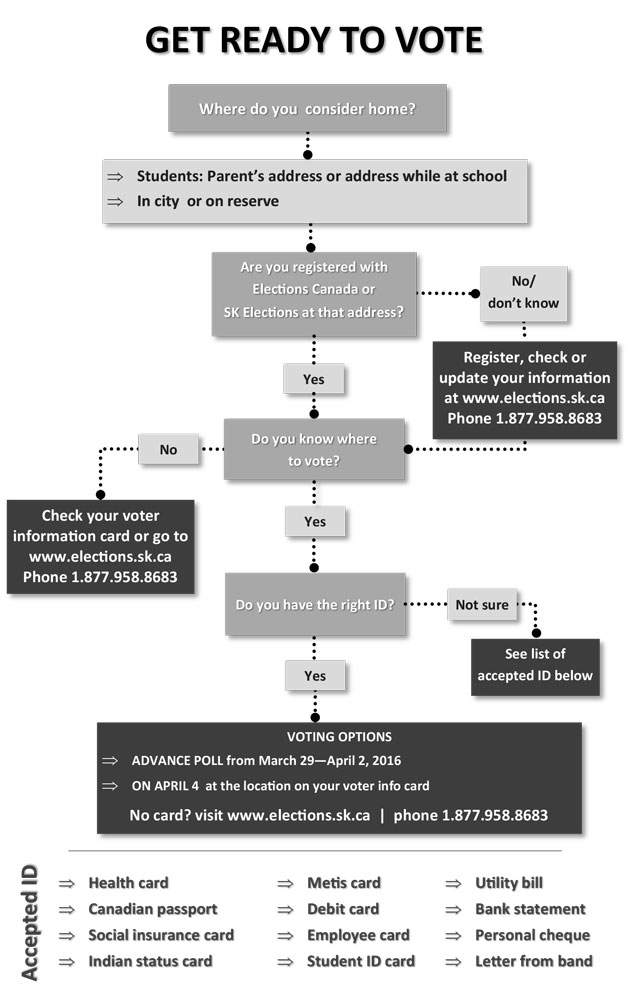 The document outlines key issues affecting First Nations communities and people such as housing, health, education, justice, homelessness and economic development to mention a few. STC leaders believe First Nations must begin to influence the influencers and decision makers who are making legislative, policy and quality of life issues that affect First Nations, with little or no consultation.


“First Nations people will no longer be bystanders in mainstream politics and the political parties must now respond to our issues and what they plan on specifically doing to work to improve the quality of life for First Nation communities and people. First Nations have demonstrated that we have a powerful voice that it will continue to grow with the changing demographics,” Chief Thomas concluded.