Sask Party says it will partner with FNPA if re-elected 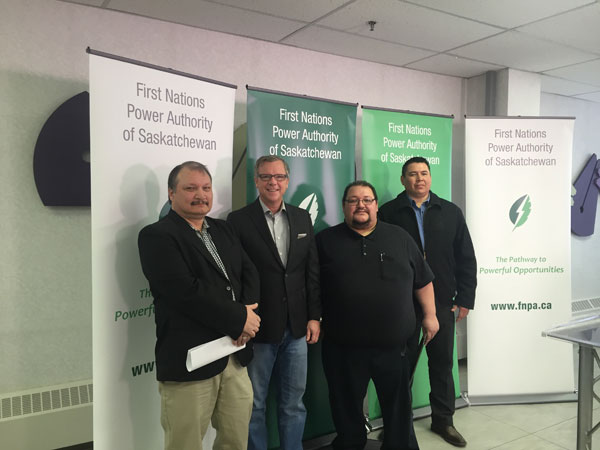 “This partnership will ensure that First Nations in our province are active participants in the economic benefits associated with the construction of clean energy generation in our province,” Wall said.

Since 2014, Flying Dust First Nation has worked with FNPA to develop 20MW of flare to power. Flare gas capture produces clean energy from gas vented or flared at a well site.

“As Indigenous peoples, Flying Dust has always taken our responsibility for the land very seriously. It is with great pride and all humility we announce the creation of the Flying Dust Power Corporation and the Flare Gas Power Generation Project,” said Flying Dust First Nation Chief Richard Gladue.

“FNPA is early in the process of advancing solar projects – these are a starting place,” said FNPA CEO, Leah Nelson Guay. “First Nation renewable energy provides a local economic solution to both climate change and new energy needs in Saskatchewan.”

Through its 20 First Nation Members and 43 Industry Members and a 10-year Master Agreement with SaskPower, FNPA represents a unique opportunity to have First Nations lead the path to renewable energy in Saskatchewan.

FNPA works with First Nations in overcoming these challenges with objective expertise to produce better outcomes by reducing development risk and costs.