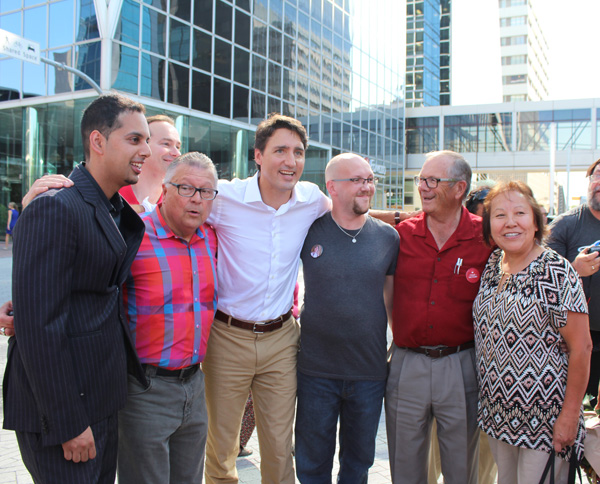 As the "red wave" started taking over the east coast, Indigenous people across Canada started to feel a little bit of hope.

Could it be that after ten years of battling the Conservatives at seemingly every turn there may actually be a change?

As Ontario and Quebec went red too, that wave turned to relief for indigenous people. Liberal leader Justin Trudeau was quickly confirmed as the prime minister-designate with a solid majority of 184. Stephen Harper, who is stepping down, and the Conservatives were left with just 99 seats. The NDP with only 44.

Indigenous people who usually don't vote came out in droves to take selfies outside of the polling booth, but mostly to "heave Steve" or vote "anybody but Conservative" (ABC)....click here for full story....