Delegates voted overwhelmingly to elect Bobby Cameron as the new Chief of the FSIN.

Bobby Cameron will lead the Federation of Saskatchewan Indian Nations the next three years.

Cameron handily defeated two other challengers – Helen Ben and Leo Omani – taking just over 80 per cent of all votes cast for FSIN Chief at the organization’s fall Legislative Assembly on October 29.

In other elections, Robert Merasty was elected Second Vice Chief taking about 47 per cent of the vote. 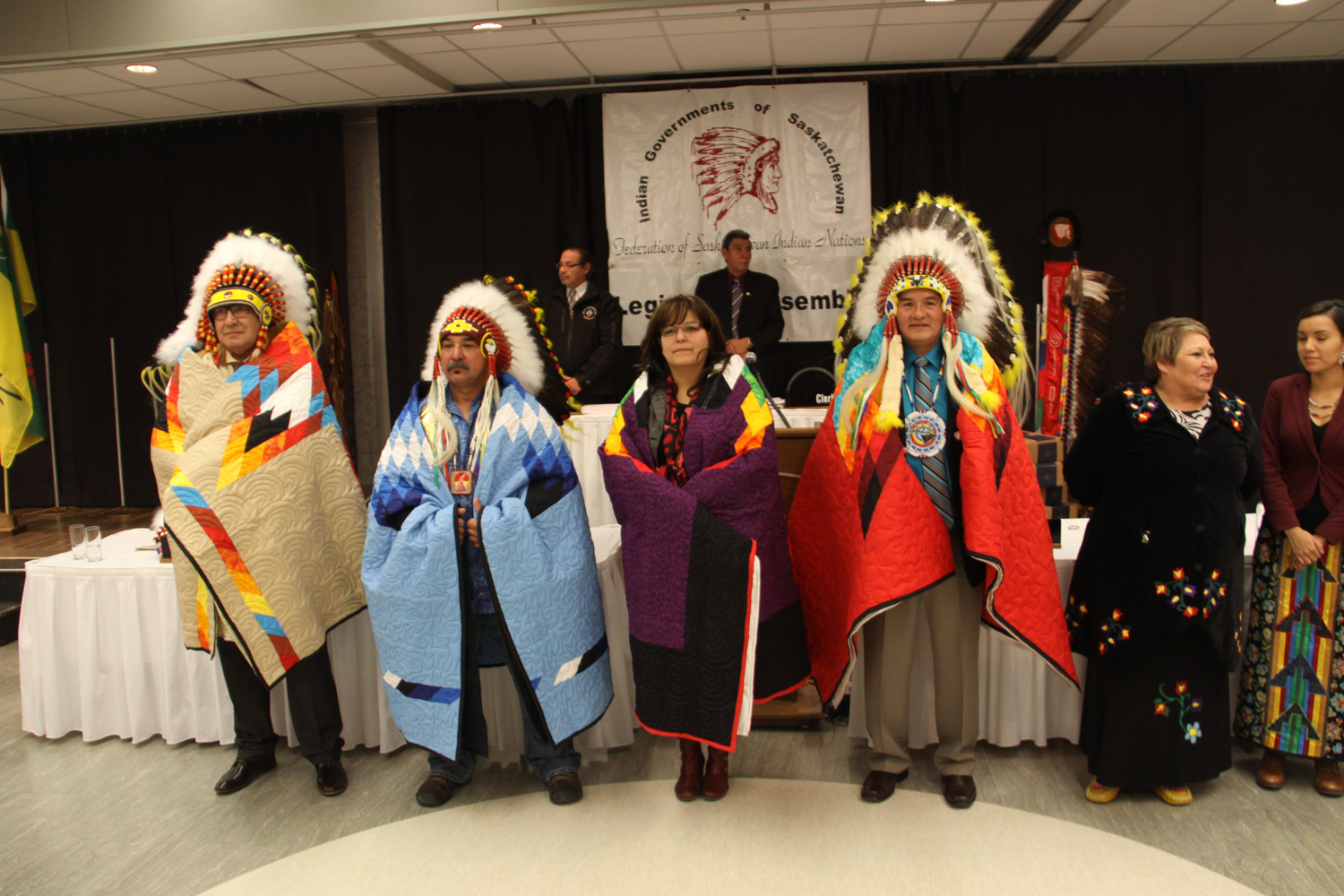 For more photos from today's elections, visit our Photo Gallery.

Cameron will have little time to enjoy his commanding victory before he will have to roll up his sleeves and get to work.

With a new Liberal majority government in Ottawa, the FSIN leader will likely want to access top-level officials as soon as possible in order to get any number of files moving.

In the recent election, Prime Minister-elect Justin Trudeau said he wants to pursue a nation-to-nation approach with First Nations governments and pledged to remove the two per cent funding cap on transfers to Indigenous communities, which has been in place since 1996.

Cameron says he is certainly eager to work with the new federal government.

“Today marks the beginning of a new era,” he says. “What I mean by new era – Prime Minister Trudeau and his comments about working with Indigenous people on a nation-to-nation basis, based on our inherent and treaty rights. For the first time in a long time, the federal government has committed that and we’re happy to hear those, now it’s just a matter of time of getting these meetings set up so that we can get them to commit in writing based on our inherent and treaty rights.”

First Nations leaders in Saskatchewan, as was the case across the country, had an acrimonious relationship with the previous Harper government, which resulted on little movement on a number of issues including education.

Even though Leo Omani only managed to garner 69 votes, he took the loss in stride and with a bit of humour.

“I’m like a Timex (watch), I take a licking and keep on ticking,” he told the assembly jokingly.

The FSIN elections were also not without controversy.

Four different potential candidates who were running for vice-chief positions allege they were unfairly disqualified from seeking office by the clerk of the FSIN assembly.

Cameron says he has no plans to get involved in the allegations and will let the organization’s appeals process take its course.

Financial statements presented at the FSIN assembly show the organization posted about a $335,000 deficit this fiscal year.

The organization has struggled financially in recent years as the result of millions of dollars in transfer cuts from the federal government forcing employee layoffs and reductions in salaries of elected officials.