U of S appoints anti-racism scholar as advisor to President 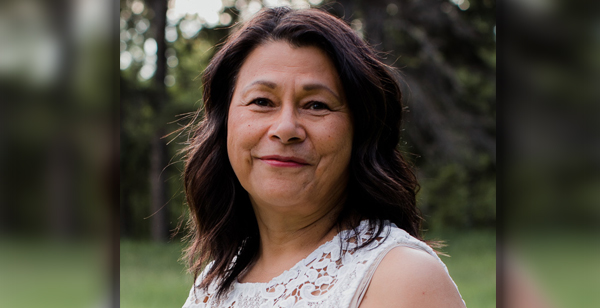 After facing accusations of institutional racism, the University of Saskatchewan has appointed Verna St. Denis to a new position as special advisor on anti-racism and anti-oppression to President Peter Stoicheff.

“Seeing how I can support change at that senior level is what I will be doing,” St. Denis said.

“I am going to be providing, developing anti-racist, anti-oppressive education for senior leadership at the U of S. The president and his executive council, we'll start there. And I know there's discussion of providing that kind of education further down the hierarchy, that institutional hierarchy.”

A member of Beardy's and Okemasis Cree Nation, St. Denis is a professor of Educational Foundations at the U of S.

She will also take over as chair of the university's committee on anti-racism and anti-oppression.

The appointment follows an exodus of at least nine Indigenous academics in the previous five years amid a climate of, “racism, a hostile work environment and the slow pace of reforms,” according to an August 2020 letter to Stoicheff from the University’s Faculty Association.

In September, more than 200 people, including former students and current and past faculty, signed an open letter to Stoicheff demanding immediate reforms.

The letter singled out the College of Education, saying it had become an unwelcoming place for Indigenous academics and one that fosters racial hostility.

It called for the immediate resignation of the senior administration of the college and for the university to speed up the pace of reforms.

St. Denis said tackling racism within institutions like universities is a massive and slow moving task but is crucial for society make fundamental change.

“That is definitely the goal of anti-racism: to look historically and currently at the evolution of race thinking within European traditions. And examine over time how race, as a way of categorizing human beings, has been used as a tool for evaluating, making judgments and all of that has consequences. That's the kind of education we need to engage in more broadly across the university,” she said.

“Thousands of students go through the university and all of them are heading into some profession or practice involving other human beings. So, I think it's the responsibility of the university to be and practice anti-racism.”

Jacqueline Ottmann, Vice-President of Indigenous Engagement at the U of S, said movements like Black Lives Matter are causing institutions to re-evaluate how they tackle racism and inequity.

“(The appointment) is one of the responses to the climate in general,” Ottman said. “With the awareness of racism, oppression, discrimination and inequities that are happening and have happened globally.”

Indigenous Studies professor Priscilla Settee said the university has done well in certain parts of Indigenization, but it lacks a coordinated effort across all departments.

“If there's no commitment as a broader body of academics, things could get waylaid and events like (academics leaving) could happen. It also speaks to the level of advancement that we've made that this persists or exists in parts of the university – you know we're all related, we're all connected – then that indicates there's a problem. There's a need for a concerted effort at the top.”

The director of the Aboriginal Education Research Centre, Alex Wilson, said St. Denis’ advisory role to the president is a step in the right direction.

“You can't go back and get back all those people who have left, which is the sad part,” Wilson said. “But maybe in the future new people will come, I don't know.”