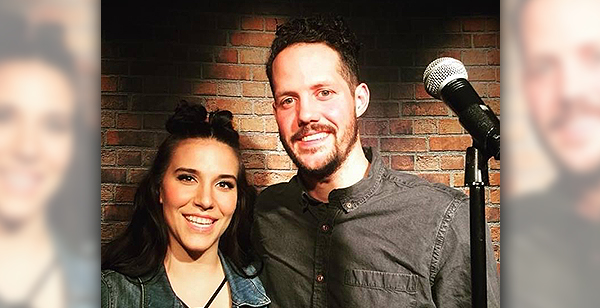 Standup comedian and actress Dakota Ray Hebert and her husband, comedian Dylan Williamson, are bringing a virtual theatre program to youth in the north.

“It’s an online virtual theater and comedy workshop on Mondays, Tuesdays, and Wednesdays, from 5 pm to 8 pm,” explained Hebert, adding it is for northern Indigenous youth ages 13 to 18. “They’re going to learn the ins and outs of theatre, standup comedy, and sketch comedy, but because we’re not together — it’s more sit-down than stand-up comedy.”

Hebert said she had just finished doing work with Circle of Voices Saskatoon youth performers the previous evening, and they completed a “snapchat sketch” using technology, saying that is similar to what they’ll be coming up with in the northern program, which will likely run until at least the end of March.

“Ideally we’re working towards doing a virtual showcase March 31st. We’re looking at the youth showcasing a theatre monologue, standup or a sketch they’ve put together and performed, together via Zoom,” explained Hebert.

They are still accepting applications, but spots are limited, so youth are encouraged to sign up as soon as possible by texting or calling Hebert at 306-304-7370, or emailing north@sntc.ca.

“There’s lots of interest, but on the other hand they spend so much time online for school, so it might be daunting to spend three more hours online or on a laptop for three more nights, so we’ve chilled it out a little more,” noted Hebert, adding that usually the program runs from 4 pm to 9pm but doing five hours of online after you’ve already potentially done 8 all day for school can be a bit much. “There will be sharing circles, we’ll get to chat and know each other, play theatre games, and work on some art.”

They are also still seeking a Cree, Métis, or Dene Elder or Cultural Advisor from the Beauval area to help lead the sharing circle and share teachings with the youth; anyone interested is welcomed to reach out to Hebert, or the GTNT office.

“Occasionally we’ll also have other Indigenous comedians and theatre performers to do online workshops with us,” said Hebert, adding that she’s looking forward to teaching this workshop with her husband. “We’re excited to work together to do this project because it’s something we’ve been talking about doing for a long time, so we’re grateful to GTNT to allow us this opportunity to try it out.”