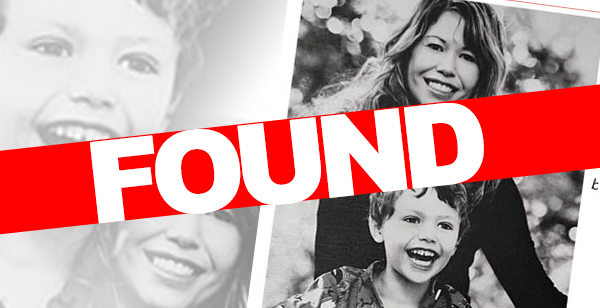 The family of Dawn Walker and Vincent Jansen are elated the pair has been located, but it's not likely the end of the story.

The Federation of Sovereign Indigenous Nations (FSIN) received a report from the Saskatoon Police Service in conjunction with the United States Department of Homeland Security indicating the pair were found in Oregon City shortly before noon on Friday. Agency representatives are currently working out the details of arranging for their return to Canada.

“We are elated to hear the news that Dawn and Vinnie are safe. Our prayers have been answered. The past 15 days have been extremely difficult on our family and community," said Dawn Walker's mother Theresa Walker in a news release.

She thanked everyone who assisted in the search for her daughter and grandson.

“Our work does not stop here. We recognize our challenges will continue on into the coming days and weeks, and we will continue to support her through this future challenge,” said Theresa.

“The leadership of Okanese First Nation has become aware of significant child welfare concerns regarding our young band member Vincent Jansen," said Stonechild in a prepared statement. "We are responsible for all of our citizens, regardless of their residency, and care and custody status."

He said under the First Nation's inherent and Treaty Rights it can intervene when an under-age band members' safety is at risk.

"We will assert our self-determination and jurisdiction to ensure all measures are taken," continued Stonechild.

Vice-chief Heather Bear said those at FSIN know why First Nations women go missing and sometimes the reasons are complex.

"This is clearly the case with Dawn and her son Vinnie, and we will be closely following the legal process with more details on this case eventually being made public,” she said in a news release.

“It is heart-breaking that Dawn may have felt she had no other choice but to take the drastic action that she did," said FSIN Chief Bobby Cameron. "Let us not forget that Dawn is a champion of First Nations women’s rights and causes. She spear-headed many MMIWG campaigns and gatherings."

He said the take away from the last two weeks is the urgency of MMIWG issues and the role FSIN has in protecting its most vulnerable members in need.