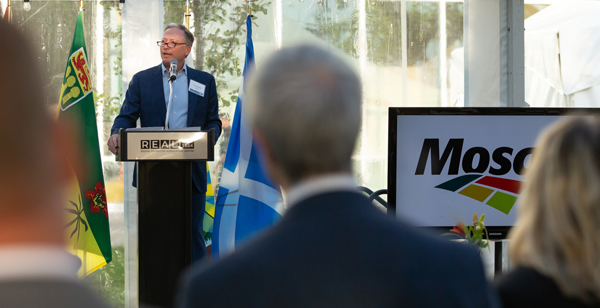 On August 17 The Mosaic Company announced that their latest investment would be into their Digital Transformation in Potash Mining training program. This program is the company’s action towards economic reconciliation and would be carried out in collaboration with Morris Interactive.

The Mosaic Company would be investing $1 million in the Potash Mining training through Morris Interactive. Mosaic’s President and CEO Joc O’Rourke says that the company feels the obligation to take on projects like these because they understand their role in the community.

“Mosaic’s role in Saskatchewan is far bigger than just the potash we produce. Investing in the community is a cornerstone of how we do business,” he said. “We believe it is our responsibility to be true partners to the Indigenous communities near our operations. This is an investment in Saskatchewan, the potash industry and in Indigenous people and the communities they call home.”

Morris Interactive’s CEO, Mathew Cey, says that the program has gone a long way in helping those who went through it successfully secure job positions for themselves.

“The program’s pilot, hosted on, and in partnership with Cowessess First Nation in early 2022, included practicum at Mosaic’s Esterhazy operations and resulted in nine Indigenous graduates, five of which have acquired mining-specific jobs,” he said. “The course’s early success is the result of collaboration and various perspectives coming together with one common goal— student success.”

The upcoming edition of the Digital Transformation in Potash Mining course will be administered in partnership with the Gabriel Dumont Institute (GDI). It will run from September 26 to December 11, 2022 in Saskatoon, Treaty 6 Territory and Homeland of the Métis.

“It was actually phenomenal. It got me a job and a good career,” he said. “Opportunities like these give Indigenuous folks a fighting chance to be able to have and work in careers which we did not have for years.”