Our 2016 grads are the picture of success

July has finally arrived and graduation season has officially come to end with robes and caps and diplomas tucked away for future use. All that is left now are the memories and the pictures. And with that, the final submissions have been received for our annual graduation photo contest. This year we received close to twenty entries and they were all great. Not necessarily because they were great photos, but because it shows a person who has completed something important and they are moving on with the next stage of their life, the most exciting time of their life too! 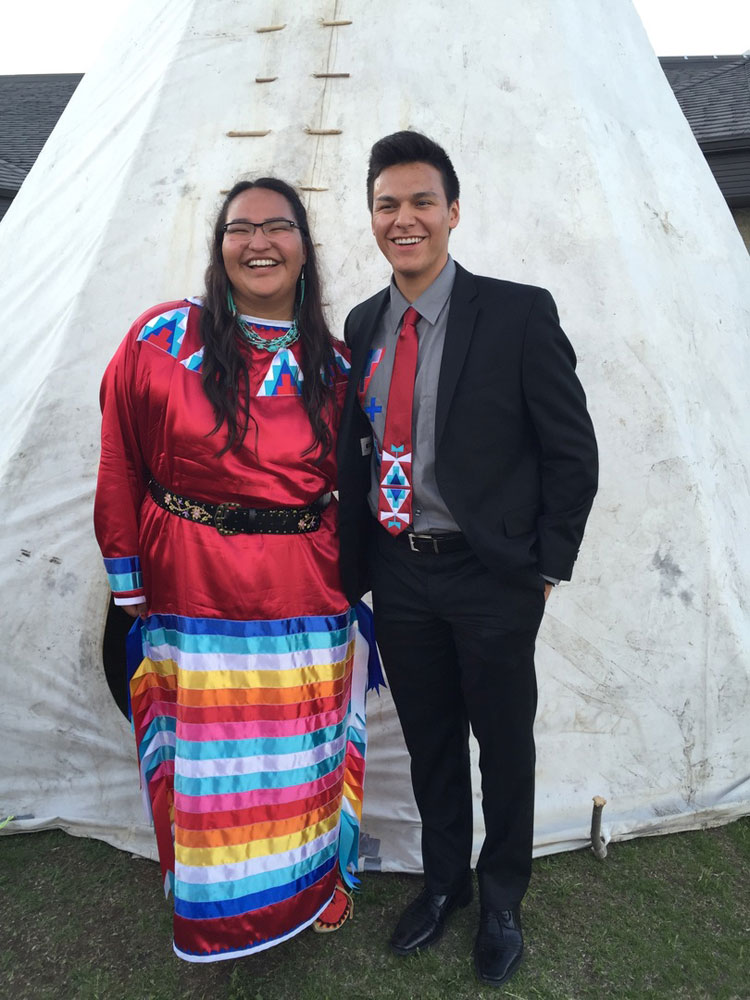 Our winner this year was the photo submitted by Kasha Bobb of the Kahkewistahaw First Nation. She graduated high school from the Chief Kahkewistahaw Community School and her escort was future Edmonton Oiler Ethan Bear. “Ethan is actually my uncle. His mom is my kokom,” said an excited Bobb when she found out she won our grand prize of $150. “Ethan and I grew up together.” The photo Kasha submitted was taken by her sister Brenna Bobb right after the graduation at the school. We liked the photo because it mixed traditional and modern imagery, great light on both faces and was in focus.

Second prize went to Michelle Tingley. Michelle graduated from the Edcentre in La Ronge, an online school linked through Northlands College. Now she intends to get her bachelor of social work through university courses in La Ronge. We loved the addition of her son Keastin Morin-Tingley. What better motivation for school than your kids, eh? 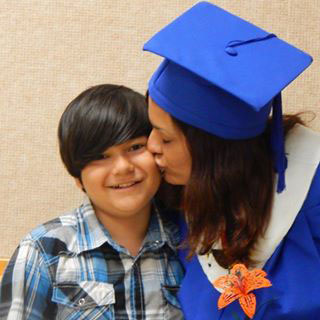 And in third, we loved the photo that Ric Richardson sent in. Ric decided to go back to school as a mature student to study for his social work degree and this summer he convocated from the University of Regina and the First Nations University of Canada with that degree. The photo struck a chord because it shows you are never too old to go back to school, nor too old to hold a teddy bear in a graduation photo. 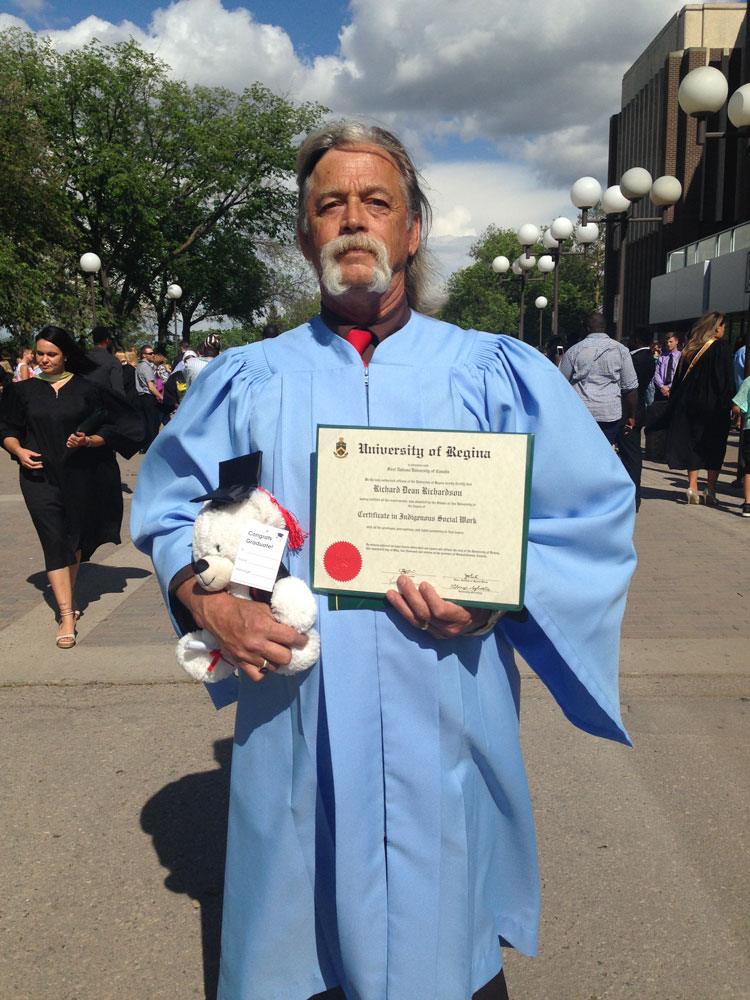 Check out our photo gallery of the Grads of 2016!

So now the fun starts for all of the graduates. Some have a career calling them already while others, like Sasha, are heading off for work and further education. “My plans for the future are to work and I plan on going back to school to work on my psychology or teaching degree,” said the confident student. “I want to raise awareness about mental illness.”

Congratulations to all of the graduates of the Class of 2016.