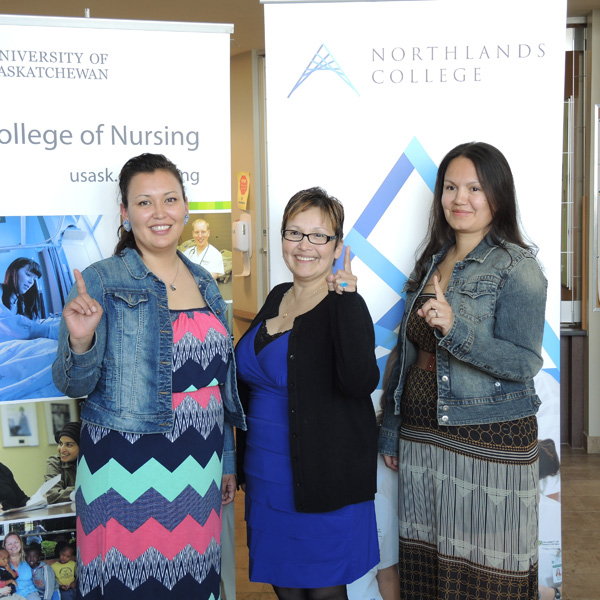 Nursing students from northern Saskatchewan would usually have to leave their home communities to move to Regina, Saskatoon or Prince Albert to complete their studies. The cost and hardship from being away from home was interfering with the focus on schoolwork. Innovative thinking and the use of technology allowed the the University of Saskatchewan’s College of Nursing to offer a Bachelor of Science in Nursing (BSN) program in La Ronge and Ile-a-la-Crosse in 2012.

This year the College of Nursing was extremely excited to celebrate the very first graduates to complete a nursing degree in the North.  Events were held in May in Ille a la Crosse and La Ronge to honour the graduates.

“We are celebrating graduates who may not have completed their nursing degree if we did not offer our program in La Ronge,” said College of Nursing Dean Dr. Lorna Butler. “The pursuit of post-secondary education should not be disadvantaged by geography, and although the program was new, we were using innovative technology not previously used in education. It was the first time we had connected faculty from Saskatoon with students in La Ronge. These students worked extra hard to make this happen.”

La Ronge graduate Christina Davies said taking the program in the North brought many unique experiences including learning via the robot.  Davies also said it was a blessing to learn from home as she was able to focus on her studies without having the pressure of living away from family and friends.

“Now that I have completed the program, I look forward to giving back to my home community of La Ronge, as a Registered Nurse," said Davies. 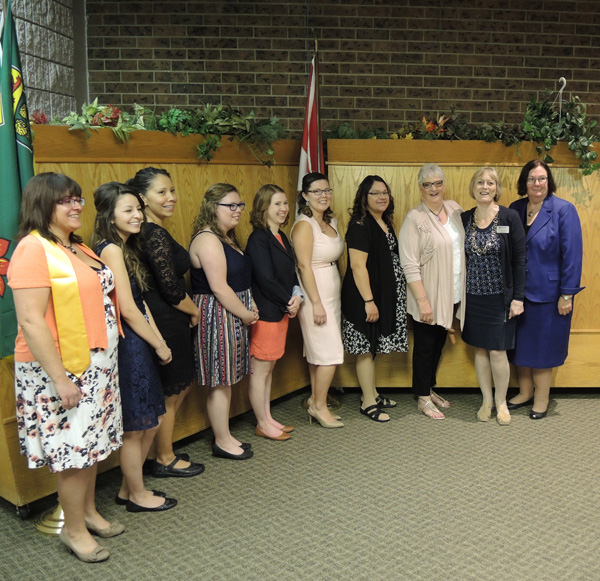 The program used a Remote Presence via the Robot to deliver the nursing program, which allowed the students to have a hand’s on experience, even though a professor far away controlled the robot.

Phyllis Probert from Beauval graduated from the program as well and says it will improve her family’s lifestyle and overall well-being.  She looks forward to be an additional Cree/Dene speaking nurse in Northern hospitals in the area.  She plans to continue her education after gaining some work experience.

“The Remote Presence technology used in Ile-a-la-Crosse to deliver the nursing program here has provided so many opportunities and inspired me. After working for a while, I am looking forward to continuing my education in U of S Nurse Practitioner Program, which I can also do from home, not requiring me to leave the community and my family to obtain my education," said Probert.

Graduate Savannah Sylvestre commuted 300 kilometres to Ile-a-la-Crosse from Buffalo Narrows every day. She says that pales in comparison to what she would have had to go through if she had had to move from her community for her education.

“If this program was not offered here in Northern Saskatchewan, I probably wouldn’t have obtained a degree,” said Sylvestre.

‘When the idea to deliver nursing education in Northern Saskatchewan was brought forward, I had never been to Ile-a-la-Crosse,” said Dean Butler. “But the one thing I did know was the College of Nursing is committed to a 'learn where you live' philosophy and if Northern Saskatchewan needed more nurses, we wanted to help.”

All the graduates found employment as soon as they finished the program; it shows that there is a profound need for their services in the north.