A new partnership will benefit students 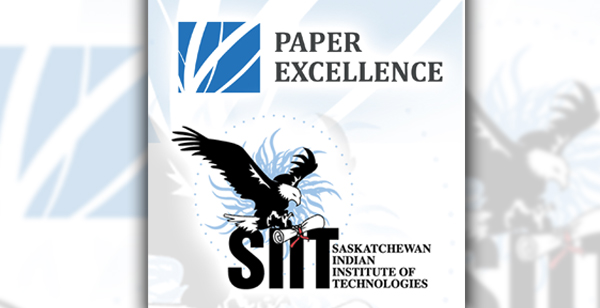 Trade students in Saskatchewan will be receiving a jolt of support through the creation of a new scholarship fund.

The Saskatchewan Indian Institute of Technology (SIIT)  has partnered with Paper Excellence – a manufacturer of pulp, and printing, writing, and packaging papers – to establish a $50,000 fund for Indigenous students enrolled in a trades or industrial program at SIIT.

“What we’re hoping we can do is support Indigenous people to grow and meet their potential in whatever they might want to do,” said Graham Kissack, vice-president of environment, health, and safety at Paper Excellence.

“At the end of the day, what we’re trying to do is build capacity and create skills in the sector of the economy that we operate in,” he said.

The scholarship will provide two $5,000 awards annually for the next five years. The scholarship fund is supported by the Saskatchewan Innovation and Opportunity Scholarship (SIOS) program, which matched Paper Excellence’s $25,000 donation to reach $50,000.

“We believe our future success is tied to the success of Indigenous people in Canada.” said Kissack. “They represent a large percentage of our population and tend to be located in more remote locations where we have our operations. So (they) represent our future in terms of potential employees and partners.”

The scholarship is the first of its kind between Paper Excellence and SIIT.

Tavia Laliberte, vice-president of academics at SIIT, said there is consistently a need to support students in post-secondary programs, and the funding has direct benefit to the industry and to SIIT.

“The money itself is always necessary for students, but I think there’s always something about when industry steps up and says SIIT does a good job and acknowledges the value we contribute to their business,” said Laliberte. “The hope is that they recruit some of our graduates when they are ready for employment. It’s more than just money, it’s another way that the industry could be connected with the program.”

Despite SIIT having an abundance of supports for students - $316,000 in scholarships awarded according to their 2019-20 annual report - the majority of students support themselves, said Laliberte.

“When I came to SIIT, I was surprised with the amount of students who were self-funded or funded through student loans.” she said. “It’s higher than you think.”

Laliberte said private-sector support is a huge advantage and helps support students to get them through the program successfully.