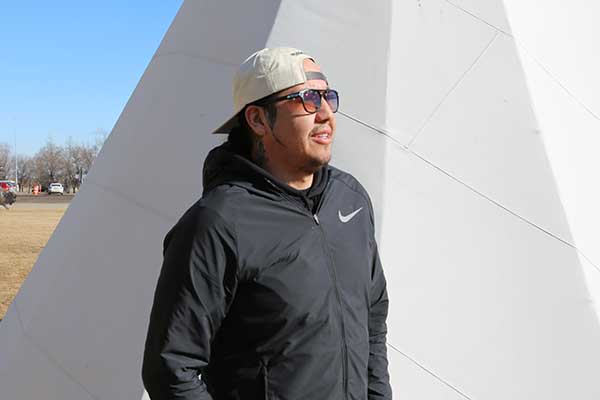 Jonas Thomson had an epiphany over a decade ago that made him pursue his passion for the art of tattooing.

“I just had a dream one night that I was tattooing. So I was like, ‘that’s something I want to do.’ At the time I didn’t have money for it, so I sought out a few people, got some equipment and that’s when I started,” Thomson said.

In his early days in school, he was artistic and used to get in trouble for drawing and painting, instead of concentrating on his subjects, he said.

But years later, his focus on the artistic was still at the forefront, as he started to practice his tattooing skills by working on his family and friends.

He applied to apprentice under a few tattoo artists in Regina, but when he was rejected, he read books about human anatomy, the colour wheel and art fusion.

He moved to Phoenix, Ariz. for three years, where he finally got an apprenticeship in a tattoo shop, while pursuing a career in his other interest, golf.

“It only takes a year under another artist to be certified and that’s what it took and I was glad I gained that,” Thomson said, noting he got his certificate in 2016 and moved back to Regina.

Thomson said he was judged as a young native tattooing on treaty land and faced some negative reaction to his jaw and neck tattoos.

He overcame those issues and opened his own tattoo studio, following protocol and adhering to safety and hygienic guidelines, while putting his community of Carry The Kettle Nakoda Nation on the map.

“Everything has to be clean and sterilized. You come into my shop, you’re taking your shoes off at the door,” he said. “Your floors have to be clean, there’s got to be minimal dust. Every little particle you can think of.”

Thomson believes that his connection with his clients is what makes his artwork distinctive. He takes the time to chat with them, sometimes for hours, listening to their stories and bringing their artwork to life.

“For the past four years, I have been pushing for this type of mindset to bring their designs to life,” he said. “Your mind, your body, everything has to be into it. That’s the first important step for me, is finding your zone.”

At his shop on Carry The Kettle, Thomson sees a clientele that is 40 per cent Indigenous, 60 per cent non-Indigenous. Some of his most memorable clients are NHL players, Ethan Bear, and team members from the Edmonton Oilers.

Thomson is motivated by the relationships he develops.

“For a person to be committed to something like this, to get a piece of artwork that’s going to last forever... that’s priceless. The tears, the smiles, the hugs, that brand new relationship and continued relationship with the client, that feeling that I made this person happy,” he said.

Ray McKay, a registered nurse, who got a sleeve tattoo from Thomson, recalls that he gave his idea and says the final format spoke to him.

“He does very good darker work, black and white, that's what I like, good traditional pieces, steady hands, very realistic and definitely unique too,” Mckay said.

Kristin Haywahe, a youth mental health and addiction worker, said she was nervous getting her first tattoo, which carries a significant meaning. “I was actually way happier than what I thought it was going to be, because you read these stories and people are unhappy with their work, so it exceeded my expectations,” she said.

Now 34, Thomson also works with youth in the community, offering one-on-one services like mental wellness, cultural teachings and taking them out for hockey games. “Those might be little young leaders,” he said.

“My late father told me to be humble, don't be afraid to do anything, and treat others how you want to be treated.”