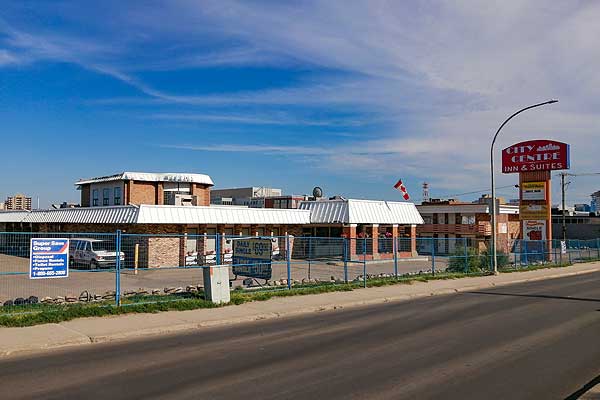 At least 12 helping organizations are collaborating to rehouse 150 former residents of the City Centre Inn and Suites in Saskatoon, after the motel was deemed “unsafe and unsanitary” on July 23.

The Saskatoon Fire Department and community partner organizations took “the unusual but necessary steps” of ordering the closure of the entire City Centre Inn and Suites, according to a City of Saskatoon news release.

“The Department is limited in its legal authority to enter and inspect what are essentially people’s homes,” said Assistant Chief Yvonne Raymer in a media release. “Once we were alerted by an anonymous complaint, we moved forward with the inspection process. When it became clear there were immediate hazards because of unsafe and unclean living conditions, we quickly moved to close the entire facility.”

“The Fire Department is so grateful for the collaboration and support of our government and community-based partners to make this happen in roughly 48 hours,” Raymer said.

Seven teams were to conduct door-to-door visits to each room at the City Center Inn and Suites to support relocation of the residents. The circulating teams will each include a health professional to conduct COVID screening and swab testing and two or more outreach workers to assess needs and determine appropriate housing options.

Saskatoon Transit will provide transportation to the new locations for the residents and Canada Post is supporting the residents with change of address.

Meals, water and coffee for staff and displaced residents are being provided by the Salvation Army. Single adults will go to shelters, hotels or stay with family or friends in the short term.

Four families have already been relocated.