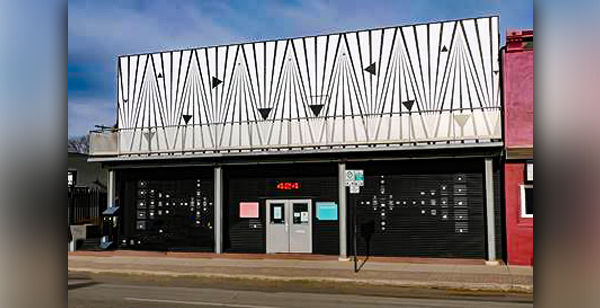 Between travel limitations and restriction on the use of indoors spaces, 2020 has been a challenging year for art galleries. But that hasn’t stopped Saskatoon’s AKA artist-run gallery from finding ways to give back to artists and the community.

As a fundraising initiative, AKA produced and sold 50 prints of one of former board member Ruth Cuthand’s beaded works. The piece, titled Covid-19 #1, is a beaded image of the coronavirus on a yellow background.

“It’s really simple, but the yellow is beautiful and happy - which is weird for a virus,” said Cuthand. “But that’s the one I chose.”

“I knew Prairie Harm Reduction had lost funding,” she said. “I was actually their artist-in-residence when they used to be called AIDS Saskatoon, so I knew about the organization and the kinds of people that benefit from that organization. I was really happy to have the money donated to them.”

And since AKA’s physical building has been closed to the public during the pandemic, AKA has also donated its gallery space to artists who have lost access to their regular studios, said executive director Tarin Dehod.

Currently, one University of Saskatchewan student is working in the space, but Dehod is eager to host more local artists.

“We have the space and we want artists to use it,” she said. “If there’s more artists who would like to access the space, they should get in touch. We have a big gallery, and I think we have the capacity to shift schedules and work with a few different people at the same time.”

Near the start of the pandemic, after AKA staff realized many artists they had been planning to feature this year would not be able to fly into the province, they created an online platform to feature their work.

“A lot of artists opted to delay their projects with us, and we were very aware of what that would mean for them as far as fees go, and for us as far as a lack of programming for the public,” Dehod said. “So we came up with this other project called tofeelclose.”

Throughout the run of the project, tofeelclose has highlighted one featured artist’s work on the home page every two weeks. Afterwards, their work remains online while a different artist takes the spotlight.

“tofeelclose has been given so much life by all the artists who brought in the things that are going on in their world right now,” said Dehod. “They’ve all approached it in so many different ways - it almost feels like a journal, or a way of keeping time.”

The project was only initially slated to run until the fall, but it was so popular it was extended until January.