Passing life lessons on and off the ice 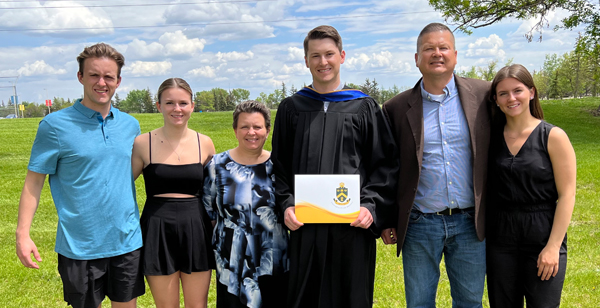 Kirk Bear holds his scroll from the University of Regina surrounded by members of his family. Receiving his post-secondary education is among his list of achievements thus far. Photo by Kirk Bear

Kirk Bear has had a distinguished career in athletics, playing hockey in leagues including National U Sports for the University of Regina, and the Western Hockey League (WHL). But for Bear, it’s always been about something bigger than just hockey.

“I think it’s about the relationships hockey has given me,” said Bear.

“On some of my teams, I was [the only Indigenous person]. Some of my teammates, even some parents, really dove in trying to understand First Nations people. I think it helped change some perspectives on who Indigenous people are.”

Understanding different perspectives, including his own, has been engrained in Bear from an early age.

From Ochapowace Nation, Bear grew up in the small town of Whitewood before moving back to his home First Nation at 13 when his father became a councillor there. It was an experience that left a lasting mark.

“Culture was huge to me growing up. We had an Elder named Steve Dorma, we would go into the bush and look for medicine. You don’t realize how much there is to learn until an Elder takes time to show you. It’s something I look forward to passing on to my kids one day,” said Bear.

But moving back to his home reserve had its challenges. Bear is more “fair-skinned” than many of his peers and Indigenous community members, which would often lead to classmates denouncing him as not being Indigenous.

Kirk Bear during his time in the Western Hockey League (WHL). The Ochapowace member played for Red Deer Rebels. Photo by Kirk Bear

“Moving to the First Nation, that first year was tough. Because I was essentially seen as a white kid in an Indigenous school,” he said.

Bear said a principal at the school helped him cope and develop thicker skin. And his family encouraged him to respond by simply immersing himself deeper into his culture.

“My Uncle Albert taught me that this problem won’t matter if you learn your culture. So I was a big singer at powwows, and learned my culture through song and drum.”

Meanwhile, his burgeoning hockey career was giving him the opportunity to apply some of these lessons. Bear, following in his father’s footsteps, attended the Athol Murray College of Notre Dame, where he made the triple A team. He then played for the Melville Millionaires in the SJHL and Red Deer Rebels in the WHL. Being one of the only Indigenous players on these teams meant the opportunity to broaden the perspectives of his teammates.

“Of course there was sometimes name-calling. I was the only one who would sometimes pull up to the arena in a rez van,” said Bear. “But I had some teammates really take an interest. Some would come out to the reservation to see what the life was like there. They actually wanted to understand what First Nations were about.”

Now, in order to keep passing on lessons both on and off the ice, Bear is head coach and part owner of the Extreme Hockey Regina Capitals – a team of 17- to 21-year-olds in the Prairie Junior Hockey League. 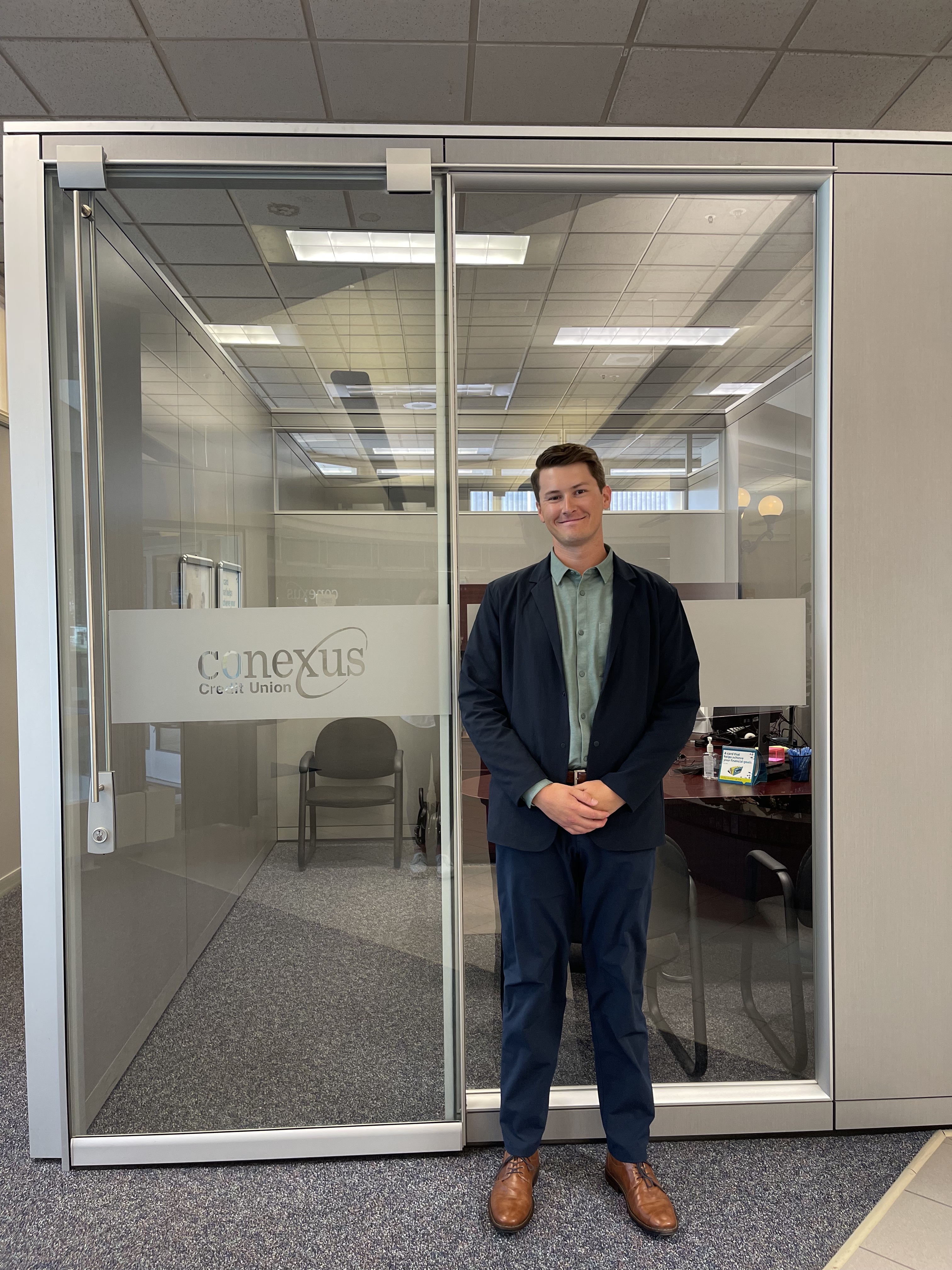 Since leaving the world of hockey, Kirk Bear has chosen to pursue a career in banking and is a financial advisor at Conexus Credit Union in Regina. Photo by Kirk Bear

“I’m a shoulder to lean on for them. I was in their shoes and I always had coaches there for me. So if I can help these guys down their own path, that’s really important to me.”

When he’s away from the ice, Bear is a financial advisor at Conexus Credit Union in Regina. It’s a role not many Indigenous people are in, he said, but leads to him being highly sought after for that very reason.

“Once people find out you’re from a First Nation, they want to come see you. There’s an understanding there. People want to connect and have a conversation, rather than being sent a spreadsheet in an email.”

As if he’s not busy enough, Bear also sits on board of the Regina Alternative Measures Program, which works with Indigenous people to keep them out of incarceration.

Bear said all of this is about providing the helping hand that he’s had so many times.

“If someone is feeling down or out, it’s often just a phone call or message to someone. A role model or positive influence in your life. Inviting that first contact is important. I’ve had to do it a lot in my life, and I wouldn’t be where I am now if I didn’t.”