Learning from the land 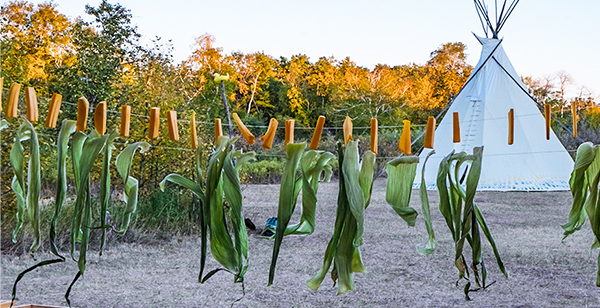 Vegetables hang to be dried over night with the Tipi that children built earlier that day in the background. Photo supplied

On a cool Fall evening, as the leaves begin to change colours, a culture camp is being led by Elder Tim Eashappie at the Brightwater Science, Environmental and Indigenous Learning Centre, located 10 minutes north of Saskatoon near Beaver Creek.

Here, Eashappie leads a group of students from Lawson Heights Elementary School in various Indigenous activities over a span of three days. The students will do everything from making tipis, drying vegetables to make soup, playing traditional games, and more.

The purpose of the camp is to connect the students with the land, but also the teachers.

“It’s teaching the teachers how to be an uncle, how to be an aunt, how to be a grandfather, a grandmother,’ said Eashappie. “To build that relationship with those First Nation kids instead of ostracizing them.”

“In the past, when they used to sit at the back of the classroom, [now] bring them up, [so] that [they] can be part of the class. [Let’s] work together to build that relationship.”

What Eashappie is doing out at Brightwater is a part of a lifelong dedication to teaching. He received his Bachelor of Education from the University of Saskatchewan and has been teaching in or out of the classroom, one way or another ever since.

“He has a gift for taking knowledge and ideas and making them and being able to transmit them to students in a way that resonates with them,” said Brokofsky.

Eashappie explained that he owes it all to his grandparents and that he does it for them. He sees the land as important as one’s mother and, in an analogy he expressed, if people wouldn’t let a stranger come into their home and hurt their own mother, then we shouldn’t let people do that to the earth.

It was Eashappie’s grandfather who helped guide him to come out of a dark time in his life after Eashappie attended Residential School in his youth. Eashappie said he went through a period of anger and hatred for three years, and that he went looking for the priests who once taught at his school. He said his anger existed like this until his grandfather told him, “enough is enough.”

“I had to rethink and understand my own self, why I was hating so much, right,” said Eashappie. “And so, those old people helped me to understand that [I had] that inside me to forgive.” 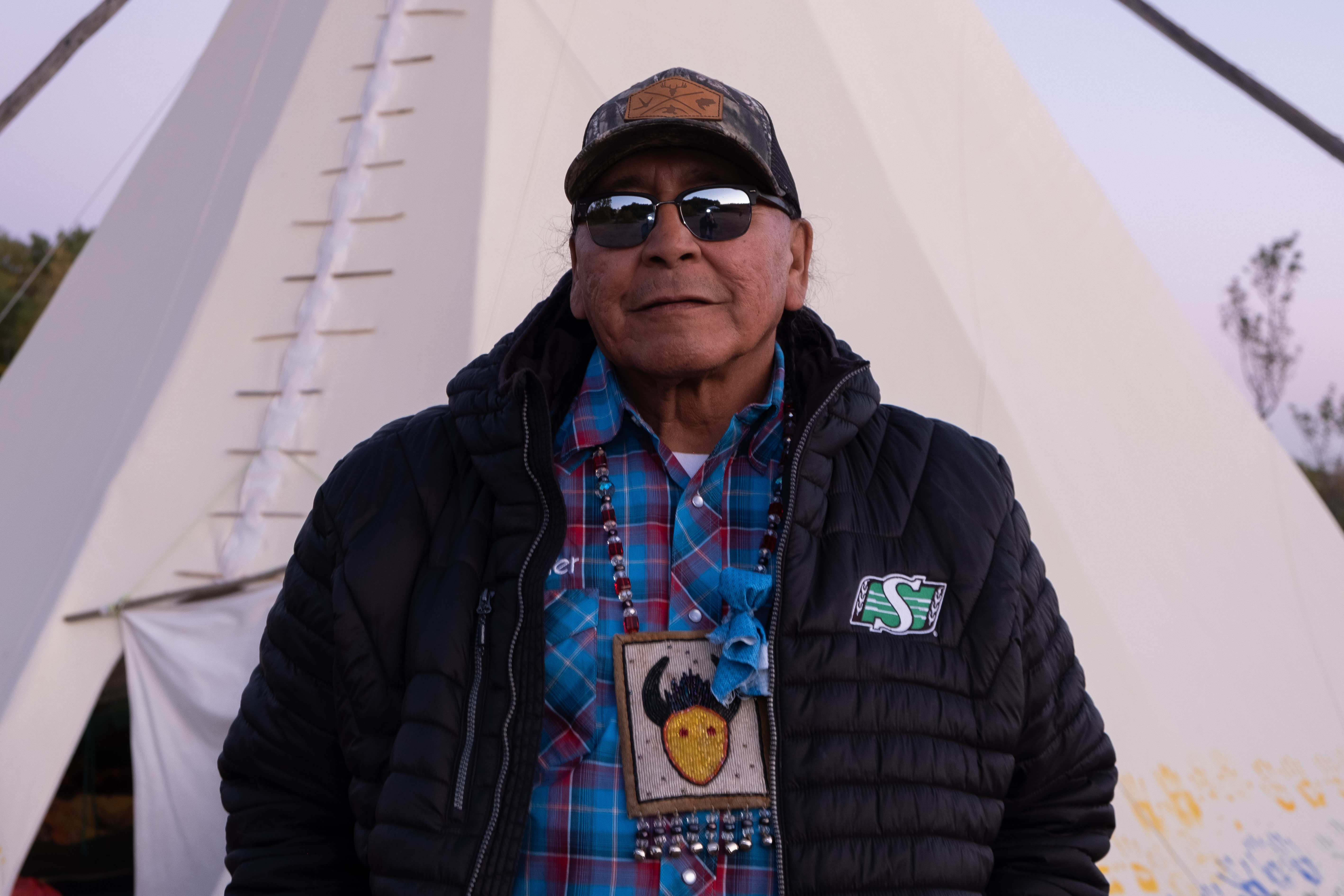 Elder Tim Eashappie mixes his western education and traditional knowledge to connect with children and those interested in learning about First Nations culture. Photo by Liam O’Connor

It was from that point that Eashappie began his road to where he is today, where he shares the knowledge he learned from his grandparents.

“This way, I’m giving back to the whole community as part of sharing with everybody about how important land is.”

At its core, the camp is an unconventional environmental class and Eashappie hopes it will connect with students more than teaching in a classroom would. Eashappie is concerned that with the current climate crisis, if there isn’t proper education that gets youth to care about the earth, then irreparable damage will be done.

“Right now everybody’s going to Mars and to the Moon,” said Eashappie. And I always say, “‘good, go’ because when they’re all gone, we’ll still be here because this is our home, we ain’t going anywhere.”

Eashappie taught the children how to dry vegetables, to preserve them, because it’s Fall and, this way, they can preserve their food for winter. Then, the morning after the students sleep in the tipis they built,  they’ll make soup from the vegetables they dried the night before.

After the students were finished arranging the vegetables on strings to dry, they played different games coached by Eashappie, who said the games are designed to teach them not to get angry at each other or at a game itself, but rather to learn to work together and have fun.

Brokofsky visited the camp one of the mornings and said she’s always learning from Eashappie and his coaching was one of the first aspects she picked up on.

“What I found really unique, is that oftentimes in education, we look to minimize or even prevent conflicts, just to keep everyone happy,” said Brokofsky. “And Tim’s approach, at least in that game, was to create conflict and then coach them through it. And I thought that was actually a way better way of doing it.”

Eashappie is hopeful that through this program, and with the continued support of the Saskatoon Public School system, that they can achieve their goal of getting the students to care more about the earth and environment by connecting them to the land.