“If you build it, they will come”: Saskatoon comes together for National Day of Truth and Reconciliation 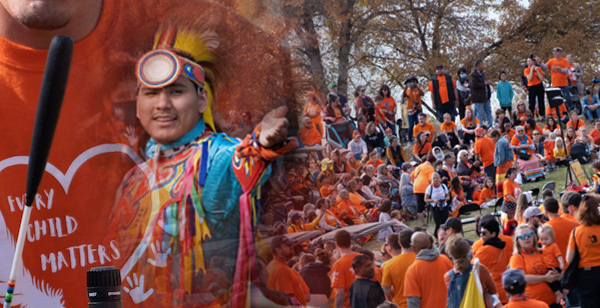 The event started with a pancake breakfast, hosted by the Central Urban Métis Federation Inc. (CUMFI), followed by the Rock Your Roots walk and run from CUMFI to Victoria Park. There, the programming officially began with a grass dance performed with the Young Scouts group drumming in the background.

Mayor Charlie Clark was one of many dignitaries at the gathering who addressed the large crowd. 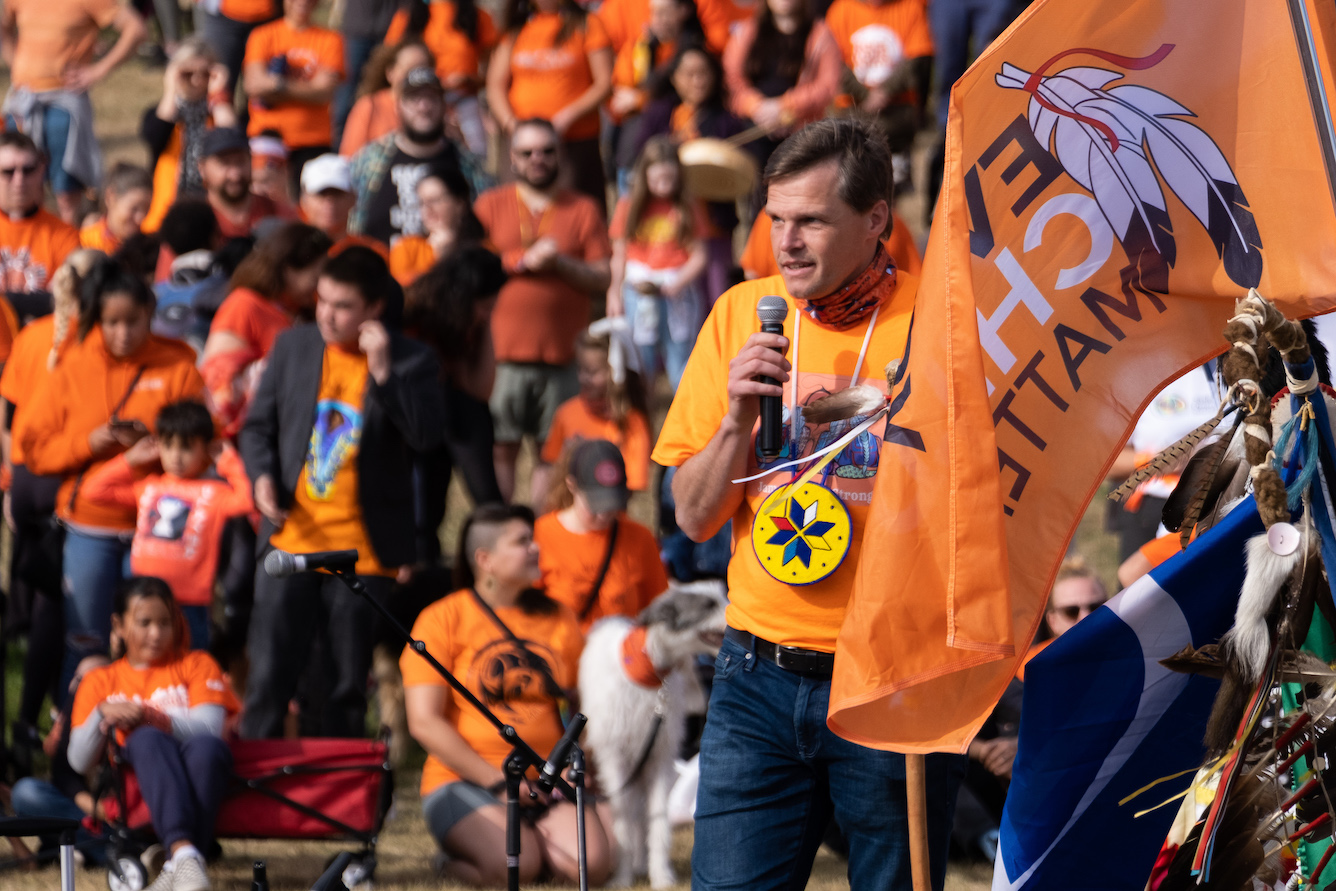 “To all of the organizers who have made this event possible everybody in reconciliation, Saskatoon and to all of the people, I would say ‘if you build it, they will come,’” Said Clark.

Clark thanked everyone involved in the event as he spoke about the importance of the circle and the need to create a society where everyone is loved and valued.

He asked everyone to think about their role in how to help with reconciliation and said he was looking forward to seeing what next year’s gathering would look like.

During the event Shirley Isbister, CUMFI president, was presented with a pair of moccasins to acknowledge the work she has done and continues to do for the community. 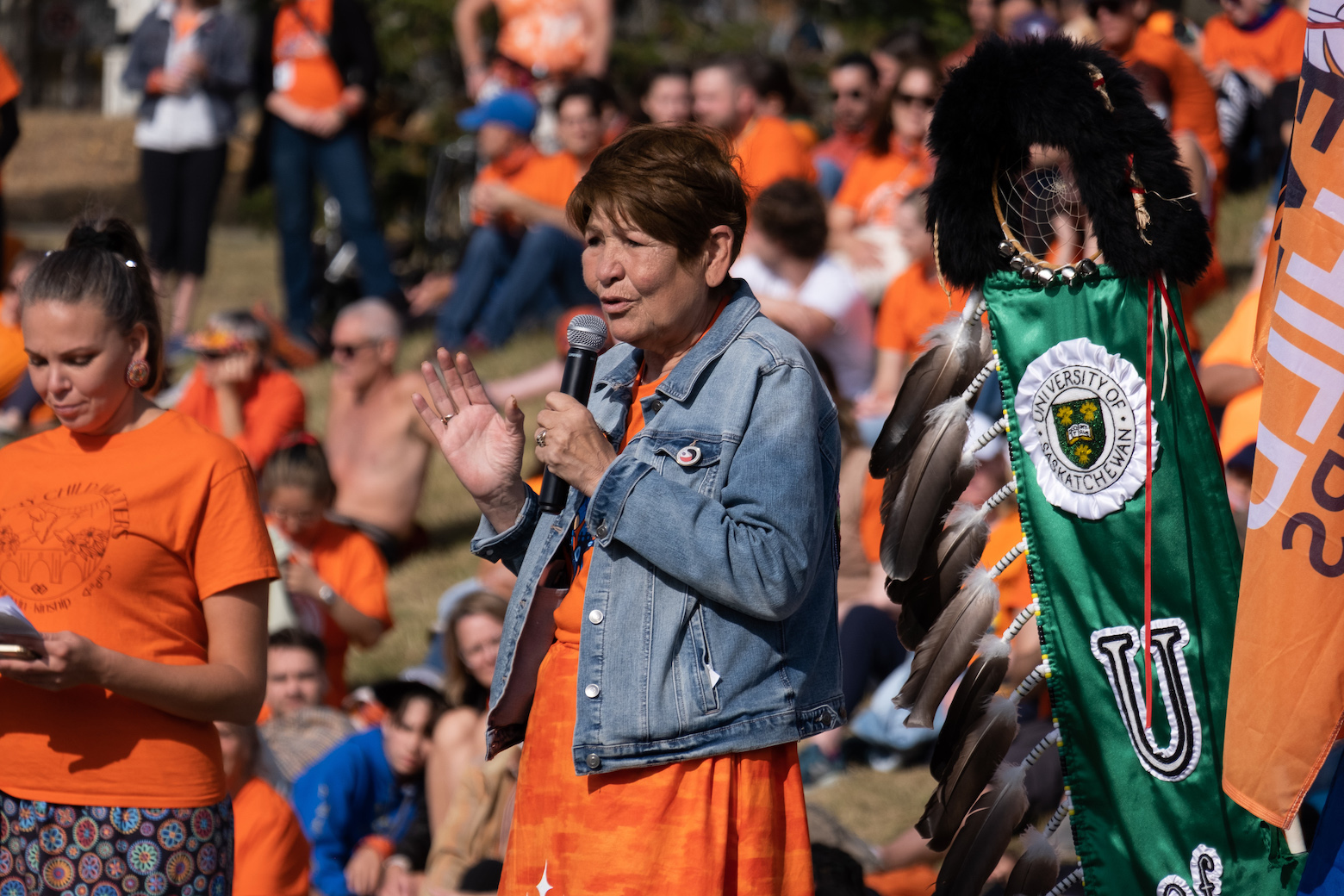 Isbister said receiving the moccasins and acknowledgement from the Survivors was the greatest honour she has ever received, and she’s received many, including the Saskatchewan Order of Merit.

“When anything opens in the community, the first thing I think of is, jeez, if we’d had that back then it could have saved so much dysfunction in our lives,” said Isbister. “But things come at the right time and I think that's what the way Creator moves.”

One of the grass dancers, Okimaw Ahenakew, felt a great sense of hope for the future after seeing the large turnout for the gathering. 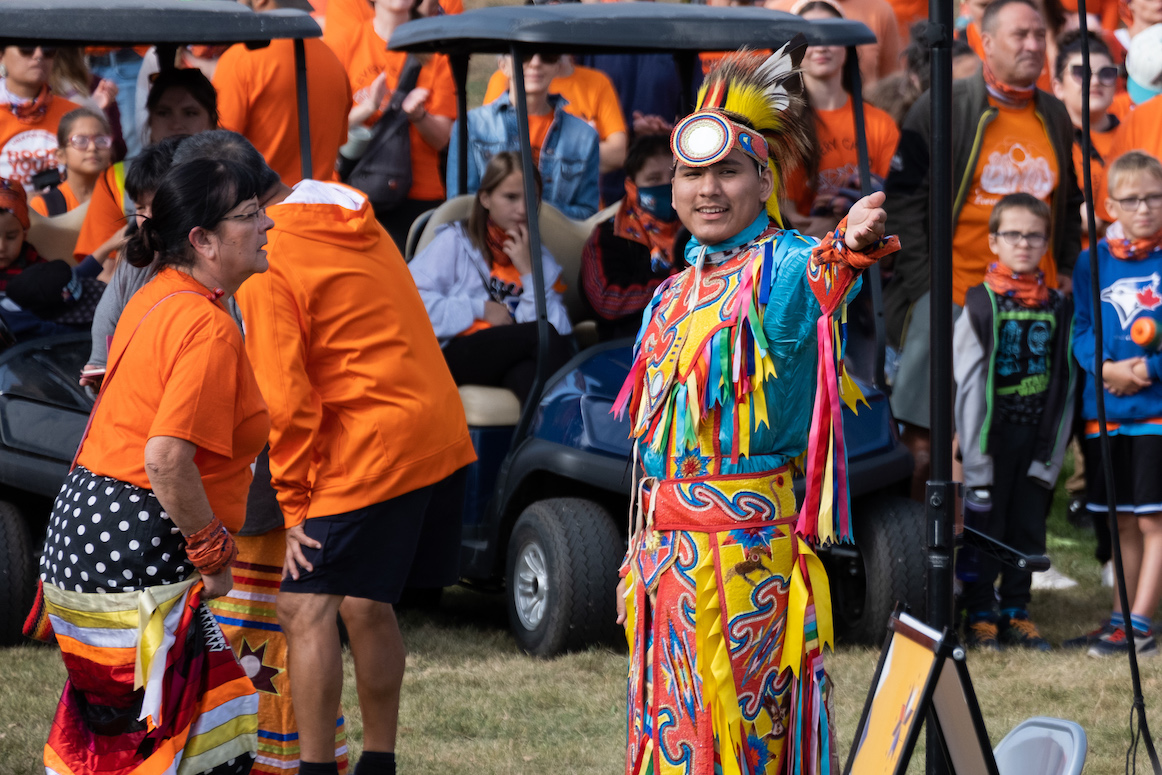 “I've been doing research papers and not a lot of people like Indigenous people throughout history, like the whole Starlight Tour book,” said Ahenakew. “So, just seeing more than 100 people and counting, like, it just made me feel good. It made me feel like yes, there are people out there who do care.”

The program ended with Métis fiddle playing, dancing and singing. 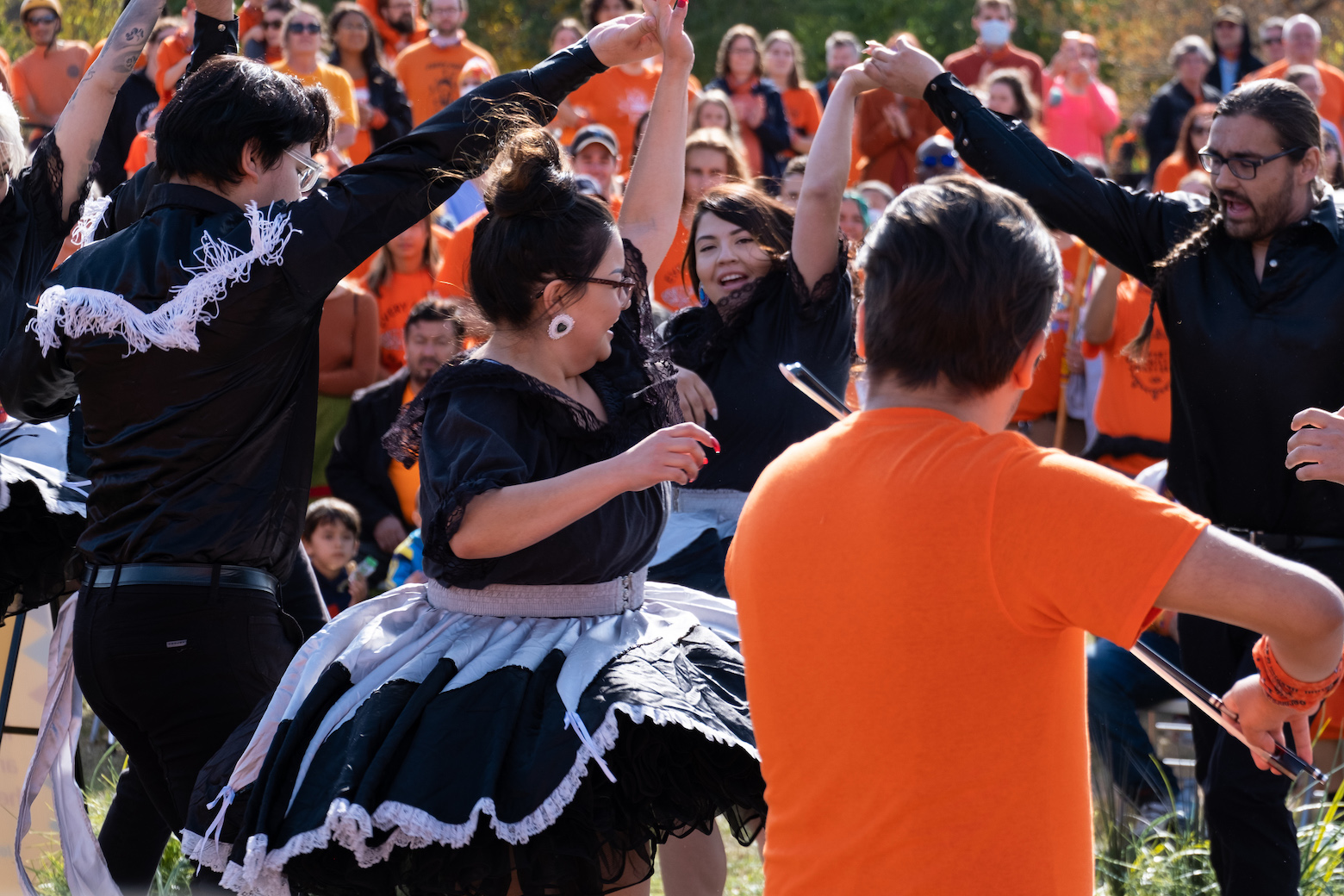 Then the organizers invited everyone to join hands and round dance together to close out the event.