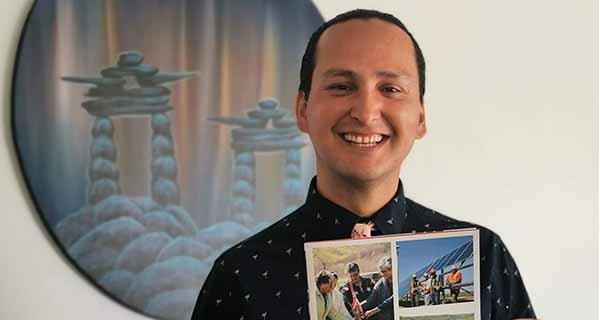 Chief Cadmus Delorme says having this type of system for Cowessess, where investigation, mediation and healing circles will be central to the tribunal’s work, will be healthier for and more reflective of the First Nation than outside legal processes.

“We need to get along with each other as much as possible,” he said. “This approach is about healing, about unity and about our inherent right to self-govern. We are creating an institution, internally, that we all can lean to. It will help us make decisions.

“The Eagle Woman Tribunal will reflect our laws, our values and what is important to Cowessess First Nation.”

The role of the tribunal in child custody decisions follows the passage of Bill C-92 in January 2020. Until then, Indigenous child custody disputes were handled by the provincial courts, not the First Nation. In March 2021, Cowessess passed the Miyo Pimatisowin act, which affirms the First Nation’s rights and jurisdiction over child and family services for its citizens.

“We’ve never really given up that inherent right when it comes to our children,” said Councillor Denise Pelletier, Eagle Woman Tribunal’s inaugural chair. “So we’re just bringing back a recognition of our own jurisdiction when it comes to areas for Cowesses.”

The tribunal will has seven members now but is looking to fill two more seats, Pelletier said.

Eventually the tribunal will look into and rule on matters beyond child welfare, such as labor-related and potentially housing disputes.

Pelletier and her fellow tribunal members are currently preparing to review their first cases, and she is optimistic about the work they will soon begin.

“It just takes away from people having to go to the labour board or the courts,” she said. “We’re trying to alleviate them having to go through that external process and try to handle the dispute internally, where they can feel satisfied with the outcome.

For Delorme, the creation of this tribunal - and the role it will play in achieving justice for members of Cowessess First Nation - is long overdue.

“We have fought a system that has not been created by us,” he said. “Our ancestors had a justice system and a judicial system that worked, from Creator’s laws to human-to-human laws to human-to-non-human laws. … Our predecessors have protected us, our inherent rights, our treaty rights - but now it is time for us to assert them.”

Delorme also said the Eagle Woman Tribunal will take an inquisitorial approach to disputes, meaning that they will investigate for themselves. This may help level the playing field when one party in a dispute has more resources than the other. He also said the tribunal will be fundamentally independent.

“Chief and council cannot come in and overstep the process, nor can they come in and micromanage it,” he said. “Eagle Woman Tribunal is separate.”

Pelletier said tribunal members are bringing a wide range of experiences to the role, including policy development, project managing and psychology degrees. According to the First Nation, Eagle Woman Tribunal is made up of a combination of on-Nation and off-Nation members, to ensure relevant and unbiased decision making.