Cooking up fun in the Kitchen 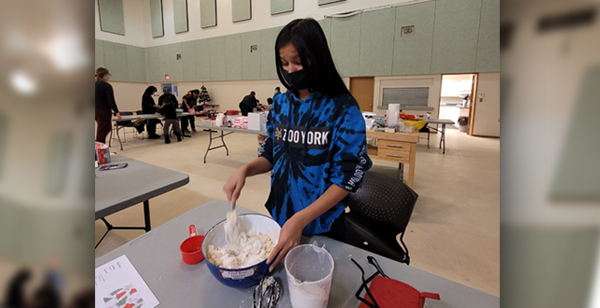 Groups of kids, working masked and in pairs, at Ocean Man First Nation are learning a variety of recipes and cooking skills as part of a new kids kitchen program. Photo by Carleen Daniels

Kellie Haywahe is not your average eight-year-old in the kitchen.

In the last couple months she has compiled a cooking résumé that rivals others with decades more experience.

Some of the healthy recipes she knows how to prepare for her and her family includes parfaits, blueberry bannock, carrot and sweet potato soup, apple cider from scratch, and different types of salads and that list is growing.

“I want it to continue for a long time,” said Kellie about the cooking class. “It keeps my mind and my hands busy after school.” 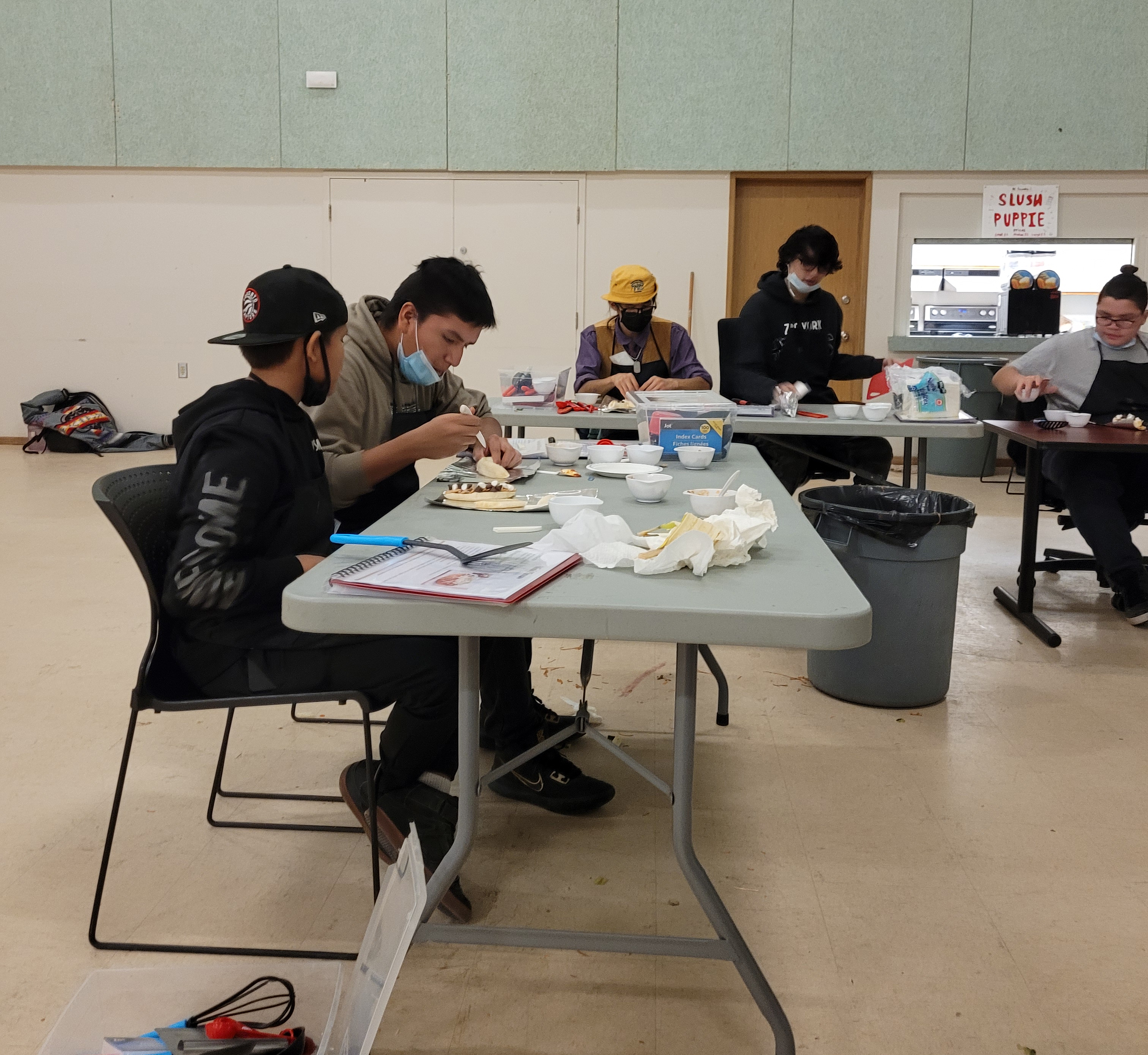 She is one of the many kids on Ocean Man First Nation who is garnering cooking skills and healthy eating habits through the Kids Kitchen program.

It is an after-school project initiated by the Yorkton Tribal Council (YTC), for kids from grade three to grade twelve. Each week the group participates in a cooking class organized by two registered dietitians – Ashley Rodman and Carlee Hamilton.

“YTC found that there was a big gap in services, from the older children to the youth because there's not a lot of programs specifically for that age group,” said Hamilton. “So we are hoping to create a program that keeps kids busy while they get to learn new healthy living and new cooking skills.”

Once a week, at the local community centre, the students make a snack or appetizer, a main course, and then a dessert, all with food supplied by the tribal council. Not only do the kids share a meal together, the dietitians teach them basic kitchen skills, which they can use at home.

“Generally, most of them were pretty inexperienced in the kitchen," said Hamilton. "Most of them knew how to make basic pasta or noodles. So it's nice to see them grow with their cooking skills. Sometimes kids and vegetables don’t get along, but they’re always willing to try.” 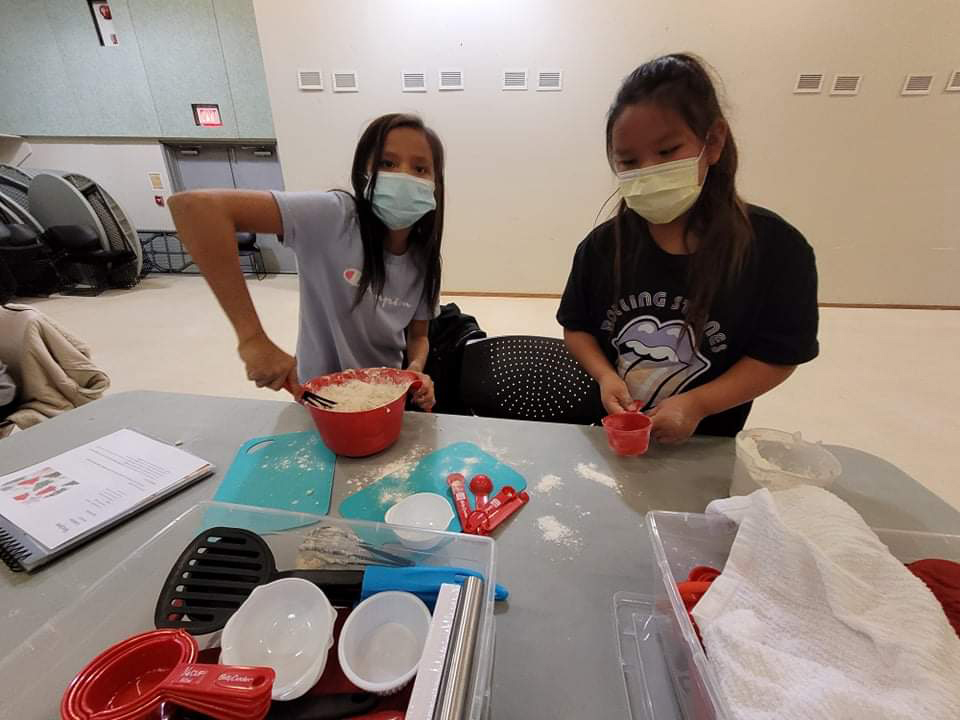 The program was funded under a principle of reenforcing or establishing positive habits among the young population at the First Nation.

After each lesson, the young cooks take home the extras to share with their family and are encouraged to practice what they’ve learned at home.

“It keeps them busy, and reduces them from sitting around and getting into other things," said Rodman. “I think (YTC) wanted to get them in more of a routine and have a busier and more involved schedule.”

The program has been well received by both the kids and their parents, sometimes up to 24 kids show up for the lessons, said Hamilton and Rodman.
Starting in January, the weekly lessons will be held virtually to accommodate COVID-19 safety concerns.

Rodman has noticed the children’s enthusiasm and interest in cooking increases with every lesson and she doubts that will change, regardless of where the lessons are held.

“When we asked them what they want to make, they were very ambitious,” said Rodman. “They want to learn how to properly cook steak, or make crème brûlee. They are very excited to try harder things.” 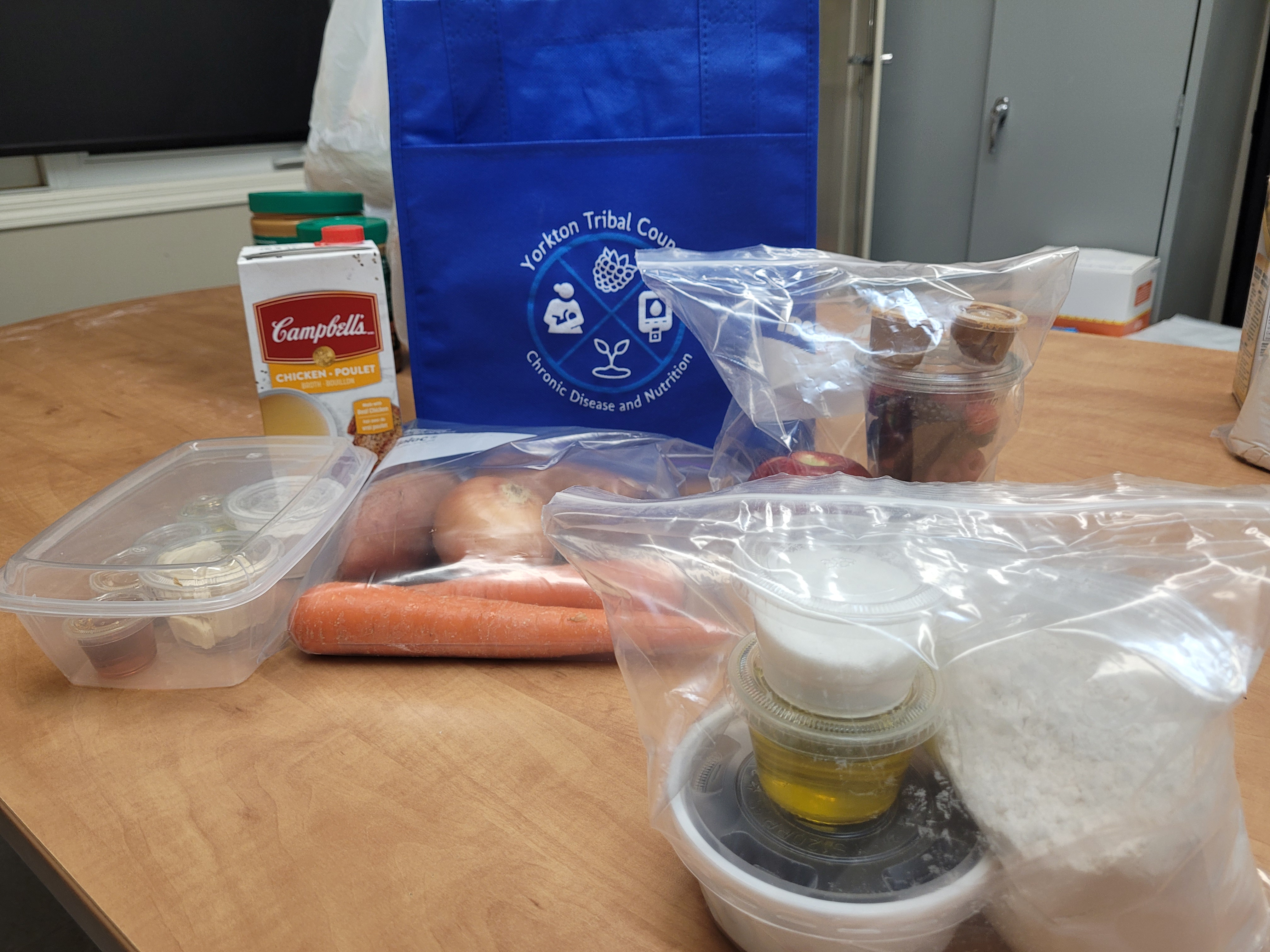 Kellie’s father Stephen Haywahe, sees the positive impacts the cooking classes have had at home.

“It’s been great,” he said. “They teach them healthy options, stuff with less sugar. She’s not eating junk food all the time. And they’re learning skills she can actually use at home, like how to cut (things) and (how to) use measuring cups.”

In a time when safe social and community activities can be scarce, Stephen said the program is refreshing because Kellie has a chance to safely get out of the house and do something productive.

However, for his aspiring eight-year-old, it’s all about pushing her culinary limits.