An Evening with Joseph Boyden 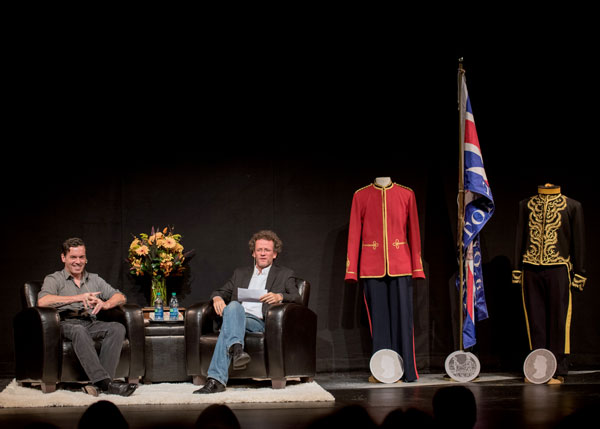 One fine night in October, 400 lucky people got to take in the conversation of a lifetime between two of Canada’s literary icons. An Evening with Joseph Boyden and Yann Martel was hosted at the Remai Arts Centre in October and featured a ninety minute dialogue between Yann Martel, only the author of Life of Pi, interviewing the one and only Joseph Boyden, writer of Three Day Road and Through Black Spruce. Boyden was touring Canada in support of his most recent book The Orenda.

The spartan stage consisting of two leather arm chairs, a table and two historic suits let the audience focus on the real reason they were there, Boyden and Martel. The respect the men felt for each other was apparent in the way they interacted. Martel had done his research and he made Boyden walk through his process, and his characters, in the creation of the wildly successful The Orenda. The fact that Boyden says that he lets a character lead him in the story drove Martel nuts as he is more of a plan from start to finish kind of writer. Both brilliant writers. Both very different.

Martel even dove into Boyden’s past and they talked about his suicide attempt at age 16. Boyden suffers from depression and in his lowest point threw himself in front of a car. He survived, but spent weeks in the hospital. He talks openly about it now in the hopes that it helps young people to talk about the issue. 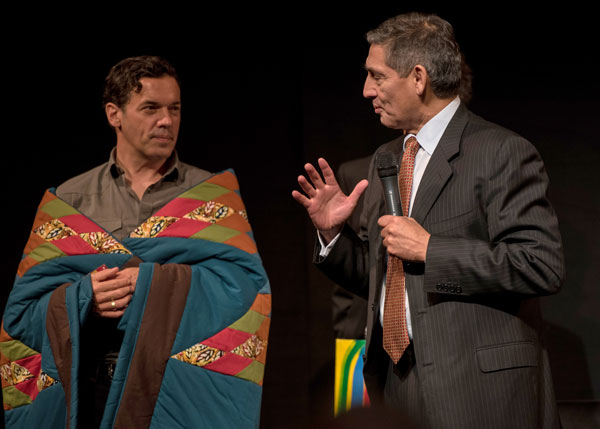 The authors talked about mutual friends, activism, politics, Stephen Harper, Canada and indigenous issues. The conversation had the audience wrapped and once completed they received a standing ovation like a couple of rock stars.

The event was hosted by The Word On The Street Saskatoon and the Office of the Treaty Commissioner with the support of PotashCorp, Tourism Saskatoon and the University of Saskatchewan. Any money raised from the event will be used to bring a prominent Aboriginal author to town for the Word on the Street Festival in 2015.

After the event, the writers were presented with gifts and tobacco by students who were on hand for the show. Boyden then signed books in the lobby until every single fan had their book signed and was satisfied with the selfies they took with him. 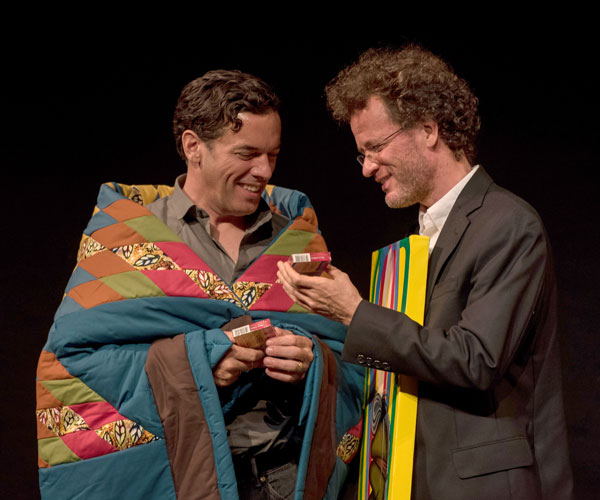