By many accounts, Paul Leroux was a popular fixture at the Beauval Indian Residential School.


From 1960-67, he coached the hockey and softball teams and led the choir.

His official job was the boys' dormitory supervisor.

Leroux was in position of trust and served as a father figure to a number of students who came from remote northern Saskatchewan Indigenous communities and began boarding at the school at ages as young as six-years-old.

However, there is a darker side. 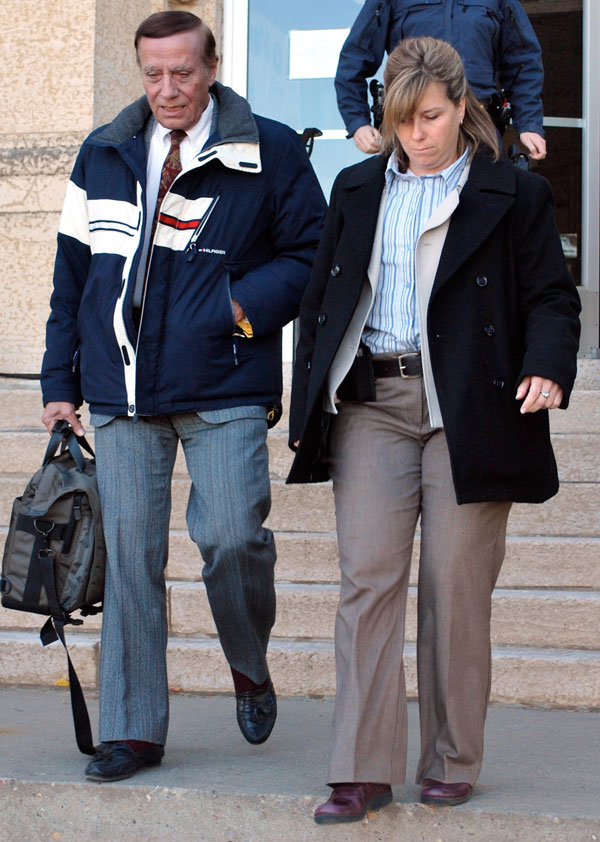 Paul Leroux outside the courthouse. Photo by Fraser Needham
At some point, Paul Leroux abused his position of trust and power and turned close relationships with a number students into incidents of sexual abuse.
On November 5 in a Battlefords courtroom, Leroux, now 73, was convicted of eight counts of sexual assault and two counts of gross indecency. A total of 14 former students brought charges against him in the three-week trial.

One of the complainants, who cannot be named because of a publication ban, says he is happy that justice is finally being served after all these years.

"Im very pleased with the outcome, this is after 50 years of living in denial and I believe what today brings will be fairness to us as victims," he says.

"I know that this is just the first step to our own healing in our community because of the generational impacts that have impacted all of our community in one form or another," she says.

Leroux opted to represent himself at the trial which meant he was often face-to-face with his accusers and allowed to cross-examine them on the witness stand. Nevertheless, Crown prosecutor Mitch Piche says this ended up having little effect in the trial.

"At the end of the day, I dont think it had any effect at all," he says. "In fact, in some ways the complainants were able to just stand down their accuser who was right there in front of them." 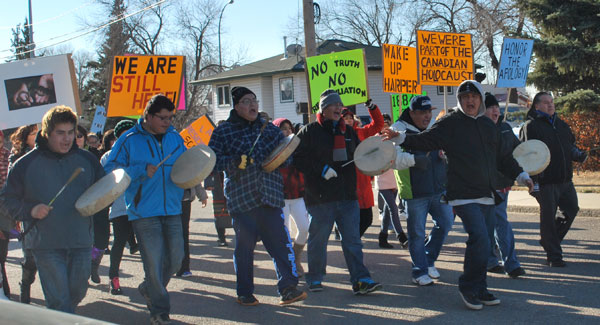 Marchers outside the Battleford Courthouse. Photo by Fraser Needham
Throughout the trial, the former dorm supervisor tried to attack the credibility of his accusers by questioning places, dates and times of events. However, in his decision, Judge Murray Acton noted that it is not surprising that there are some inconsistencies in testimony due to the length of time that has elapsed and the age of the witnesses. At the same time, Judge Acton said there are significant commonalities in testimony such as complainants were either members of the choir or hockey team, assaults occurred at night and in the dorm, there was an escalation and further assaults occurred in Leroux's office.On hearing the verdict, as he had done throughout the trial, Leroux stated his complete innocence as he was taken into custody. He is due back in court on December 5 for sentencing.

In 1998, Paul Leroux was convicted of a number of sex crimes that dated back to his time as a dormitory supervisor at a residential school in Inuvik in the 1970's.