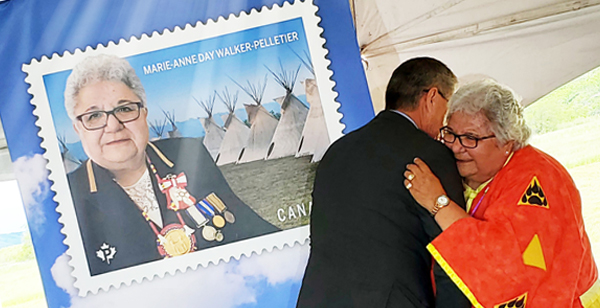 She may have given up the title, but to many Mary-Anne Day Walker-Pelletier will always be chief.

“I am honoured,” she said. “Hopefully the stamp will inspire our young people, our children, our youth.”

Day Walker-Pelletier served four consecutive decades as the leader of Okanese First Nation before announcing her retirement in late 2020.

Canada Post approached the Assembly of First Nations (AFN) about who should be immortalized on a stamp and Day Walker-Pelletier’s name was put forth.

Humble by nature she doesn’t see her political career as something to “make a fuss about,’ because it’s her community that allowed that to happen.

She entered politics in 1981 at the age of 26. In those early days, Day Walker-Pelletier would be the only female at the table, but didn’t let that stop her from advocating for women, children and her community.

“We need women to make changes in different areas,” she said.

The unveiling of the stamp took place on the Treaty 4 grounds in Fort Qu’Appelle.

The stamp features Day Walker-Pelletier wearing a traditional Treaty chief jacket adorned with various medals including the Order of Canada she received last year. In the background are a circle of teepees.

Although she loves the image used, she said seeing herself on a stamp is something that will take some getting used to.

Okanese Chief Richard Stonechild, who worked side-by-side with Day Walker-Pelletier for 17 years as a council member, said she was a great teacher. 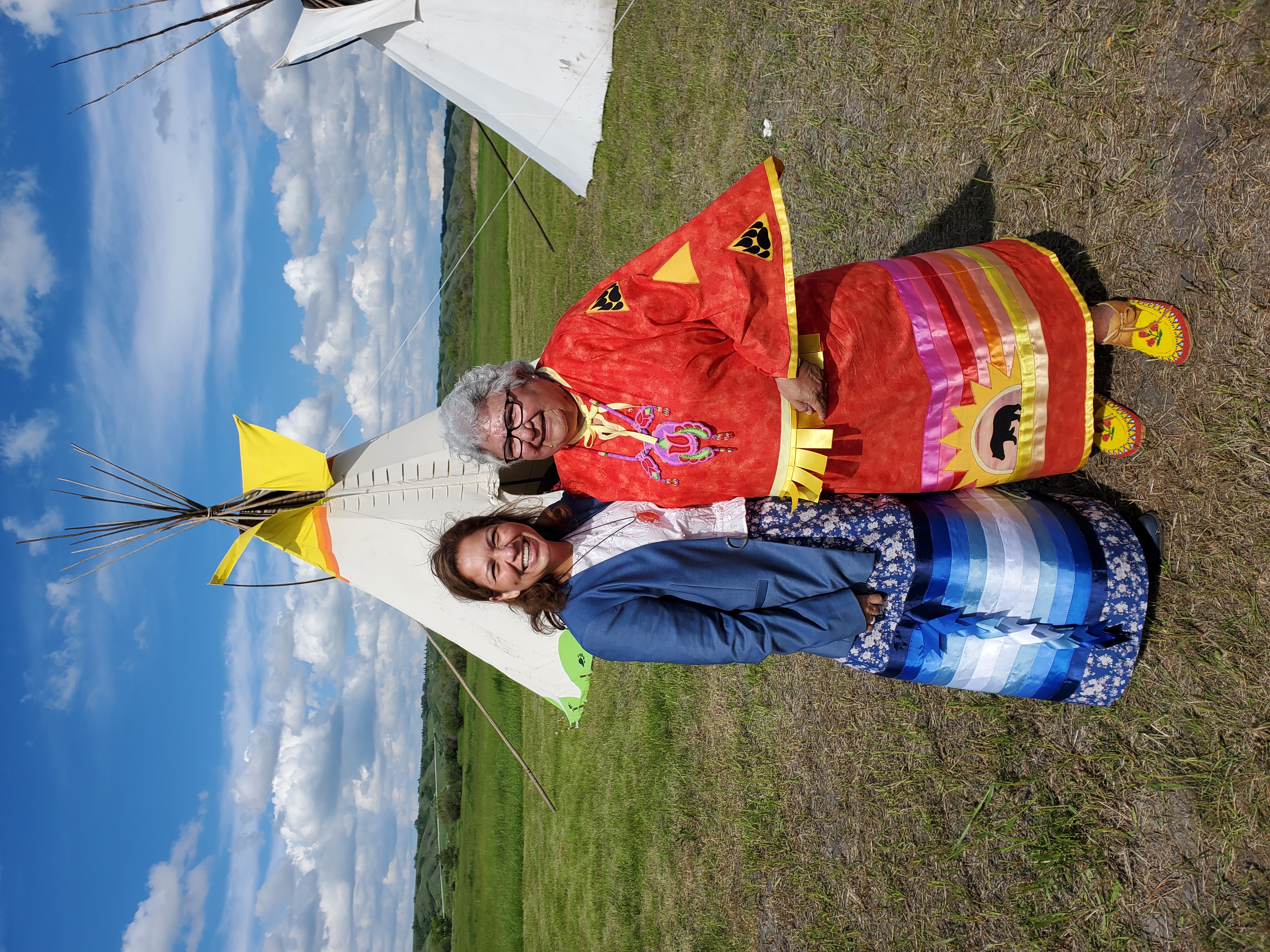 Erica Beaudin, the long-time friend and assistant to Mary-Anne Day Walker-Pelletier stand with Mary-Ann after the unveiling of her new Canada Post stamp. Photo supplied

“One of the best things I learned from her was to never take no for an answer from the Department of Indian Affairs, called ISC (Indigenous Services Canada) now,” he said. “I really appreciate what she went through as a leader, for us, for all those years. When the full weight of the community is on your shoulders and you’re carrying that baton now, it’s something else.”

Day Walker-Pelletier is not just tough but she is also very kind.

“When I lost my mother, she almost took that place and helped all of us,” said Stonechild. “She touched all our hearts in a very special way. Everyone of our band members seek her out for guidance, advice, solace or camaraderie. She’s just a very one-of-a-kind, unique individual.”

Although she retired from politics she is still working on passion projects for her community and is the chair of the Day Walker Homefire Family Centre on Okanese.

A residential school survivor, she recently travelled to Rome to meet with the Pope, where she presented him with a pair of beaded orange moccasins.

Erica Beaudin has served as Day Walker-Pelletier’s personal assistant for more than three decades and said she was very proud to see such an amazing woman be recognized for all her accomplishments.

“She is the most genuine person I know,” she said. “She is always who she is and that is something we could all strive towards. I am very honoured to know her.”

The pair have been on many adventures together that were good, bad, triumphant and sad.

“Through it all she just continues to carry on and that in itself is a teaching,” said Beaudin.

Day Walker-Pelletier said the best advice she ever received from her kokum was to get her education and to just keep moving.

“When we pass on, just keep moving, don’t look back.”