Youth have a voice at the provincial level 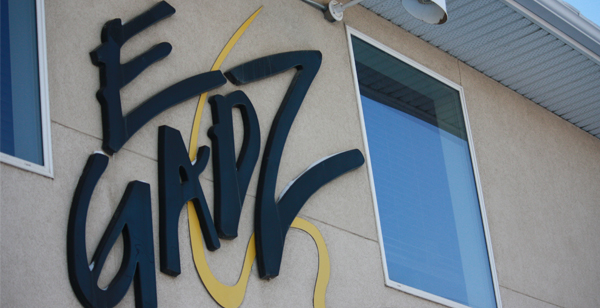 EGADZ drop-in centre, a non-profit community-based organization providing services to children and youth, is one of three organizations that will work on the new youth engagement strategy. Photo supplied

The Ministry of Social Services (MSS) is taking a new youth-led approach when it comes to delivering youth services and supports.

“I think it’s very easy for adults to always make decisions for the kids in the system, to assume what’s best for them, without ever having walked in their shoes,” said Christa Jurgens,  EGADZ MSS youth engagement coordinator. “It’s not often kids are asked, ‘What do you need?’ or ‘What do you want?’ but we’ve seen so much more success when youth are involved,”

The strategy involves youth advisory teams in three locations – EGADZ in Saskatoon, John Howard Society in Regina, and Prince Albert Outreach in Prince Albert – to engage youth in their knowledge and experiences in order to best create and deliver services specifically for them.

According to the Ministry of Social Services, over 80 percent of children in care in Saskatchewan are Indigenous.

“The kids have the opportunity to speak on the experiences they've had with the Ministry, whether it's been good or bad,”  said Jurgens. “They talk about things they’d like to see changed, or put into place. It's really about giving them a voice for what they need and want.”

Knowing how to access income assistance, or what sort of mental health, addictions, or employment supports and services available to them are just a few of the common challenges youth face, she said.

However, one of the biggest challenges in engaging youth with a government institution is trust, said Jurgens.

“When I present myself as someone who works in partnership with the Ministry, it can create a lot of hesitancy with the kids,” she said. “The Ministry, for the longest time, has given them a lot of broken promises or straight up left them.”

As a former EGADZ youth herself, Jurgens understands the importance of building trust and rapport before engaging them on serious issues.

She plans to travel to each city on a regular basis to help establish a connection with the youth because she knows having them talk about their experiences can be traumatizing. Jurgens believes the key to the success of the Youth Engagement Strategy is to build a strong foundation first.

It’s an approach already utilized by EGADZ in its Operation Runaway initiative, which identifies the root causes of youth runaway in Saskatoon as well as in its youth emergency shelter program called Ground Zero.

“As adults, we understand to a degree, but we don’t know what these kids need,” said Don Meikle, EGADZ Executive Director. “With everything they face, they need to be leading it, not us. We need to be looking at these kids as the experts, because they are.”

While working with youth committees on the Operation Runaway initiative, he heard first hand why the youth were choosing to run. While some were running to something, others were running away from something, the reasons were complex, which is why he said it's important to provide support that's safe and appropriate for them.

“If you want something done in its purest form, you get the kids to do it,” said Meikle. “You won’t get all the BS and that’s the goal of these (youth advisory committees), to transition them successfully into adulthood.”

The success of Operation Runaway is what the MSS hopes to duplicate in its Youth Engagement Strategy, according to a press release.

“This strategy is really a recognition that we need to give youth a voice in the services that we are providing to them,” said Mitch Tremblay, MSS executive director of community services.

An important component of the strategy is to listen and understand the youth voice and consider their knowledge and experience when delivering and developing services, he said.

“The youth advisory teams will assist us to make these services better for youth,” said Tremblay.