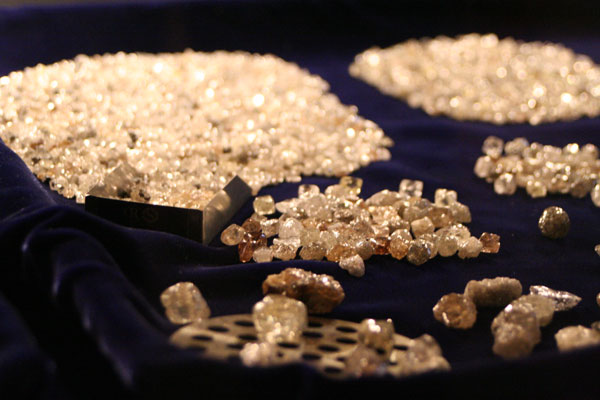 We often hear about First Nation communities in Canada opposing natural resource projects. Whether it's an LNG plant in British Columbia or mining projects in eastern Canada, the news is full of First Nation opposition to resource development. However, the one jurisdiction that may be the exception to that rule is the land of living skies, Saskatchewan.

In Saskatchewan there are countless examples of First Nations communities working in partnership with mining companies to bring projects to fruition. In fact, there are more than 45 mining partnerships between First Nations and resource companies in Saskatchewan. For example, Muskowekwan First Nation and Encanto, a Vancouver-based company, are undertaking a joint venture to develop the first on-reserve potash mine in Canada that will generate 2.8 million tons of potash annually and create approximately 1,000 jobs. Just recently, English River First Nation and Peter Ballantyne Cree Nation acquired 30 per cent of JNE Welding, a company that manufactures steel vessels for mining companies. With these types of partnerships it's no surprise that the mining sector is the largest private-sector employer of aboriginal people.

But what helps make Saskatchewan an attractive jurisdiction for mining investment from both First Nations and resource companies?

Unlike provinces like B.C., Saskatchewan is covered by historic treaties and Treaty Land Entitlement agreements. These agreements allow First Nations to purchase Crown land anywhere in Saskatchewan to convert to reserve land, providing land certainty not currently found in provinces like B.C., where more than 100 per cent of the land is under claim with very few historic or modern treaties.

And First Nations partnerships and land certainty are two of the things that have made Saskatchewan the most attractive province for mining investment.

Saskatchewan is also one of the only jurisdictions in Canada where uncertainty surrounding disputed land claims is not a significant barrier to investment in the mining sector. In fact, Saskatchewan has the highest percentage of respondents across all Canadian jurisdictions that view the situation regarding disputed land claims as an encouragement to investment at 22 per cent.

The province's standing on this measure has also been improving. Back in 2012, only 16 per cent of respondents for Saskatchewan reported that the situation surrounding disputed land claims was encouraging investment.

And it's not just that more and more miners are finding that disputed land claims are hurting B.C.'s investment climate; it's also the extent to which they say it's hurting. In 2013, only six per cent of potential investors said that they would not pursue investment in B.C. because of disputed land claims. Fast forward to 2015 and this number has risen to 13 per cent.

Through its consistent high ranking in the annual Fraser Institute Mining Survey, Saskatchewan has demonstrated that land certainty and positive partnerships with First Nations help make the province one of the most attractive jurisdictions in the world for mining investment.

Ravina Bains is the associate director of the Centre for Aboriginal Policy Studies and Taylor Jackson is a policy analyst in the Centre for Natural Resources at the Fraser Institute. This article appears courtesy Troy Media.