Op-ed: It's time for the SaskParty to do more for Aboriginal people 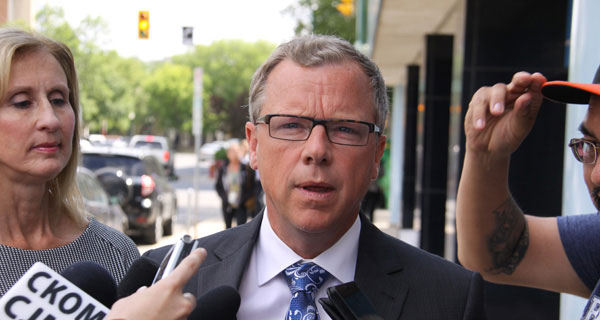 Brad Wall and the SaskParty routed the NDP 51 seats to10 seats, showing that the people of Saskatchewan have a strong belief in Brad Wall and his team and the direction of the province in the last eight years. It also showed that the NDP has become stagnant (or stayed stagnant if you will), with NDP Leader Cam Broten paying the ultimate price losing his own seat, a long-time NDP stalwart riding and eventually his job when he resigned.

The election ended early...before it even began, you might even argue. The Liberals, Green Party and PC`s were all just a small sideshow to be ignored, the NDP had to fire their campaign manager and drop four candidates because of bad social media etiquette and the SaskParty was polling at over 60% leading into the vote. And nothing changed. Most major media outlets called the election within fifteen minutes of the polls closing. After that the fun was in watching the close ridings come in and seeing which new MLA`s would be entering the Legislature.

This election campaign was boring compared to the Federal vote in October. There was no passion (except during the terrible televised debate) in this campaign and many people just went through the motions.

The campaign was also sadly devoid of people championing Aboriginal issues and the Aboriginal vote didn’t materialize like in the federal election. The Liberals had a very disjointed and bizarre Aboriginal platform, the NDP`s was weak and the SaskParty, well it seems like Aboriginal issues are a low priority with them.

Louis Riel is often quoted as saying that, “My people will sleep for one hundred years, but when they awake, it will be the artists who give them their spirit back.”  Well now is the time for the artists to rise up and take on the provincial government that caused outrage when they cut the film tax credit that supported so many artists.

So, the election is over. The NDP and the three other parties have four years to figure out how to hold this government with a massive majority accountable. They also have to figure out how to build a team to seriously challenge the SaskParty at the next election. The NDP has to elect a new leader and realize that the province has changed and they haven’t.

Fortunately there are some Aboriginal MLA`s in the Legislature to lobby for the cause. The north stayed orange as NDP incumbents Doyle Vermette and Buckley Belanger, both Métis, easily held their seats. Their voice will continue to be strong, and hopefully the north won’t be ignored anymore.

And the SaskParty are far from the devilish Federal Conservative Party of Canada. They have actually done some smart investments in education and training and also have made affordable housing accessible. Look for the SaskParty Aboriginal members become more vocal too. Jennifer Campeau of Saskatoon Fairview is the only First Nation person in the house and she held a minister position prior to the election so look for her to have some profile. They also have Métis MLA`s Roger Parent and Greg Lawrence that we hope become better advocates for the cause.

But the time has come for SaskParty to start taking Aboriginal issues more seriously. With the fastest growing demographic and many challenges, the time is now. A response to the Truth and Reconciliation Commission Calls to Action, maybe an apology for the 60`s scoop and perhaps even a discussion on natural resource revenue sharing would be a good places to start. Congratulations to the SaskParty and Premier Wall, but if they want to be able to pound their chests about three consecutive terms and about how great they have been as a party and for Saskatchewan, they have to hold off until they do quite a bit better for the First Nation and Métis people of this territory.