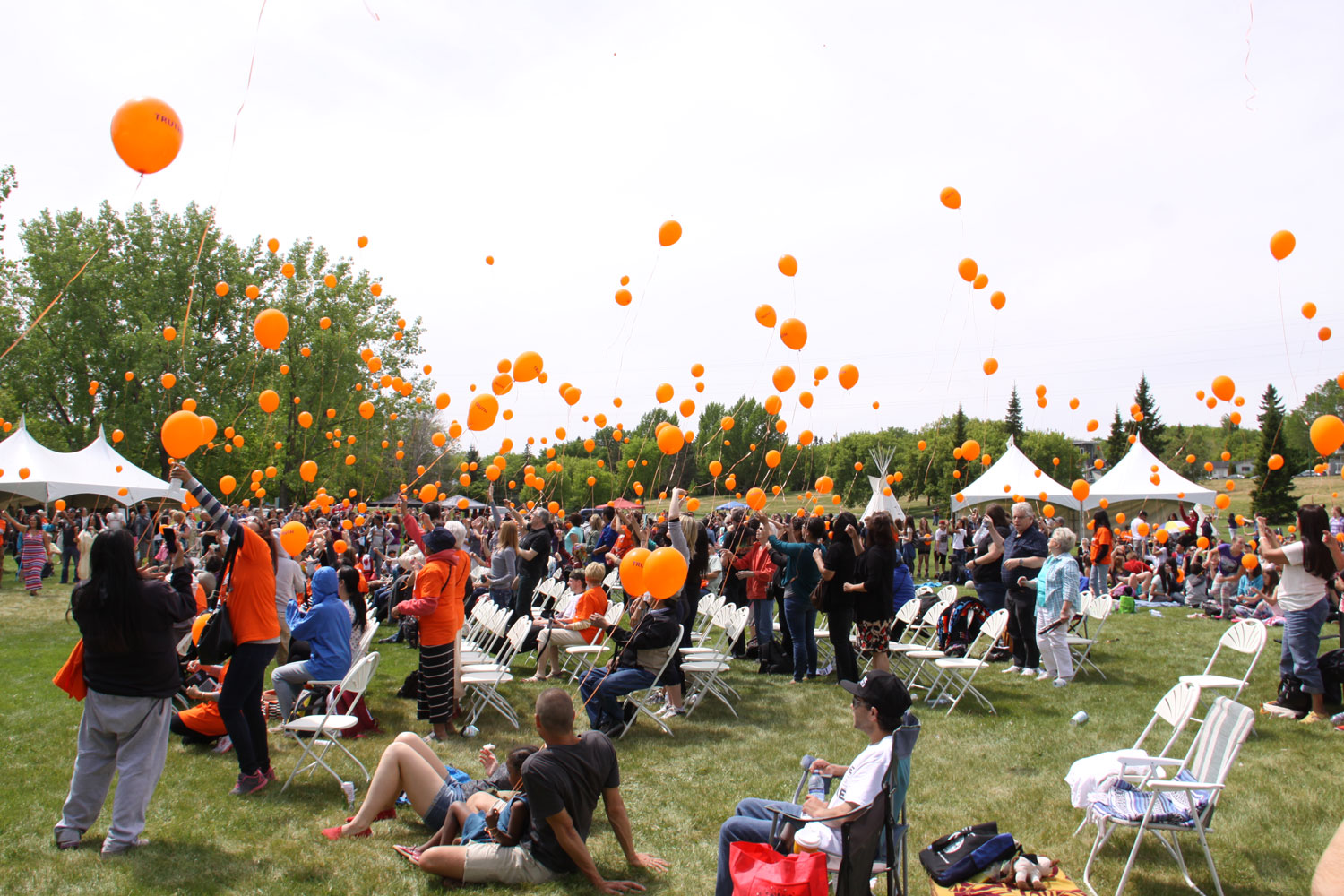 As one journey ends, another begins.

The Truth and Reconciliation Commission began seven years ago with the formal apology by the Harper government for abuse suffered by Aboriginal students and their families within the Indian residential school system and the TRC officially wound up its mandate on Tuesday June 2 with the release of a report on its findings and recommendations.

This was followed by celebrations across the county commemorating the TRC and its work.

These celebrations included a gathering in Saskatoon’s Victoria Park where hundreds of people attended daylong festivities. Presentations were made by residential school survivors Elders Walter and Maria Linklater and Deanna Ledoux. CFL football great JR LaRose spoke of the impact of the schools on his mom and family and the crowd was entertained by traditional dancers and young people singing in Dakota and Cree and Michif.

The report calls the abuse suffered by Aboriginal children in residential schools as nothing short of “cultural genocide.”

Aside from physical and sexual abuse, stories also emerged over the course of the TRC’s mandate of Indigenous students that were subjected to both torture and starvation as part of unethical testing.

The pain also did not stop with the beginning of the TRC.

Some residential school survivors have been bilked out of much of their settlement claim money by unscrupulous lawyers and other less than honest individuals.

It is also clear the non-Aboriginal general public has only just started to become aware of the dark legacy of residential schools over the past few years.

She says now that the formal part of the TRC has wrapped up, the Aboriginal and non-Aboriginal communities need to come together so true reconciliation can begin.

“What we need to do is have that education with society as a whole because our hurts as First Nations people living in Canada are Canadians’ hurts. So, when we’re successful, when we’re healthy and happy as family units and individuals and communities, then Canada is better off.” 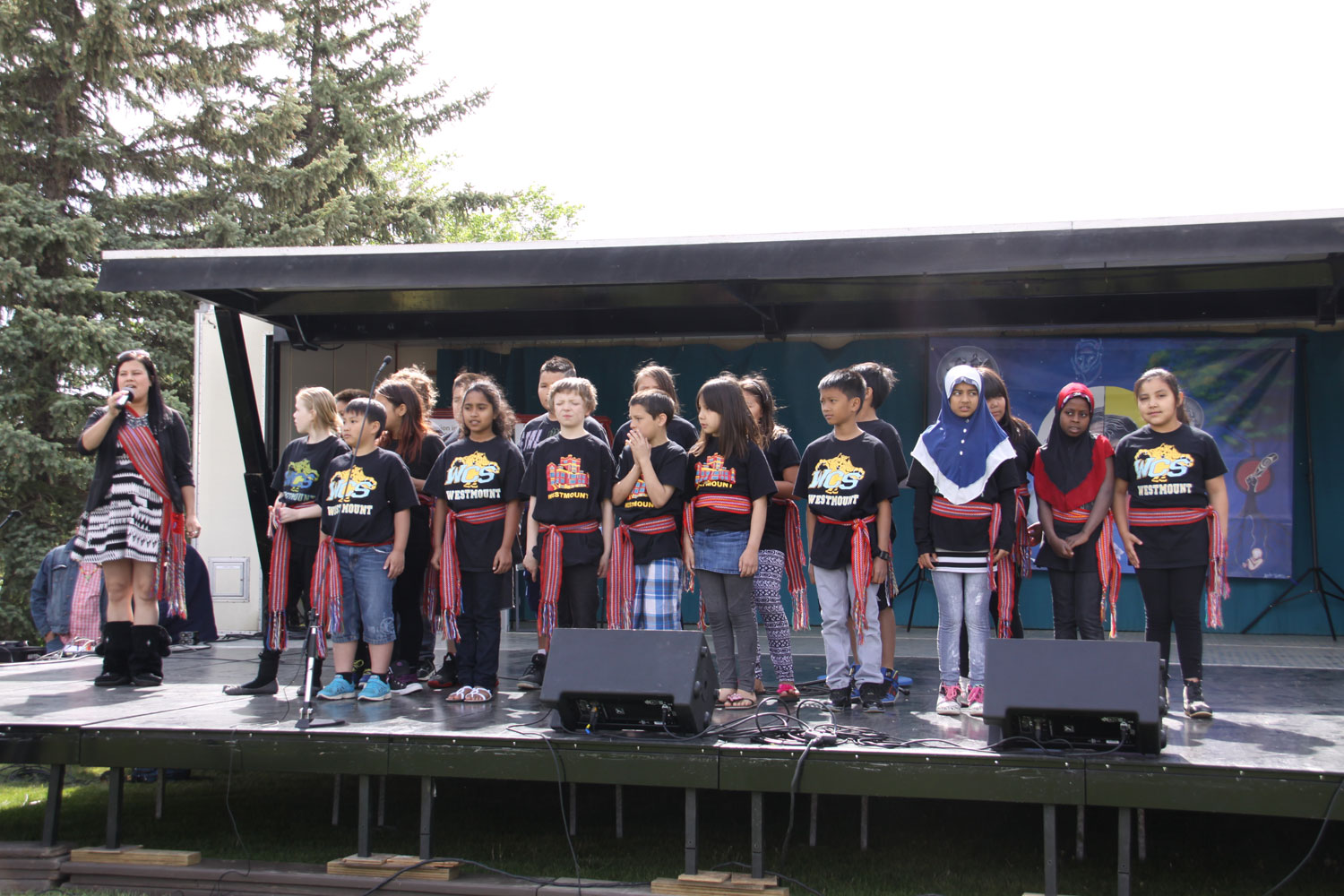 See more photos from the Saskatoon event in our Photo Gallery.

Jonathan adds the commemoration of the TRC is really only the beginning.

“Today does not mark the day of, ‘Okay, you’re done healing, let’s move along and get over it now.’ With every other pain and hurt with ourselves – whether it’s physical, emotional, spiritual – someone can’t just dictate a day when you stop healing. So what I am hearing in this region with our people, in Saskatchewan, is that we need to continue to be engaged, support and educate each other.”

She attended St. Michael’s Indian Residential School in Duck Lake from the age of six to 14-years-old.

Like Jonathan, she says now that the TRC has wrapped up, ongoing supports need to be provided to residential school survivors.

“It (TRC) didn’t help the people who didn’t have the skill set or the interpersonal skills, it didn’t help them deal with the traumas or the emotional scars. So, once the money was gone, the pain’s still there. So now, what Canada, or the government, needs to do is put forward programs, or money or funding, to help survivors, and also children and grandchildren of survivors, deal with the multitude of issues that are a result of the schools – the addictions, the violence…”

Ledoux and Jonathan also agree the real history of Indian residential schools needs to be part of the core curriculum in Canadian schools.

The TRC report makes a total of 94 recommendations.

Amongst these recommendations are improvements to the child welfare system as it affects Aboriginal families, equal funding for First Nations schools, the federal government’s full adoption of the United Nations Declaration on the Rights of Indigenous People and a national inquiry into missing and murdered Indigenous women.

Walter Linklater attended residential school in Lebret in the mid-1950’s.

He says he does not believe all of the TRC report’s recommendations will be adopted but at least it is a start.

“You will always find in society a certain percentage of people that will never, ever, accept the First Nations people but I think what the commission has done is to make it more aware,” said Linklater. “What we need to do now is in the educational system, the justice system and all the systems that work with Native people, is to implement spiritual culture within their programming. That’s what we need to do.”

Although the TRC’s work is now over, the reconciliation and healing have only really just begun. To symbolize the beginning of reconciliation, 1000 orange balloons were released with the word Truth on them.