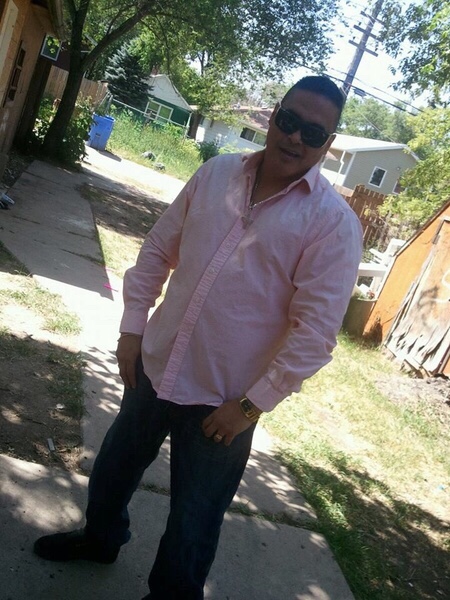 Geoff Morris died May 5th after being shot by a Regina police officer during an alleged hostage taking situation. Photo from G. Morris’ Facebook.

A Regina man is dead after being shot during an alleged hostage taking situation.

The Regina Police Department was called to the 1900 block of Halifax Street at 5:38 in the morning on Saturday May 4th after a call came in about a disturbance.

Police say they found Geoff Morris with a knife and allegedly holding his fiancée Jasmine Brass and her sister, who were trying to calm Morris down, hostage in the home the couple shared.

Crisis negotiators, SWAT and EMS were later called to the scene to assist.

After the situation escalated Morris was shot by an officer responding to the call and was pronounced dead at the scene.

The Federation of Sovereign Indigenous Nations (FSIN) has called for an independent investigation into Morris’ death and says the FSIN Special Investigations Unit has been updated on this situation and is now looking into it.

“This family is mourning the loss of a father, son, nephew, brother and friend. His fiancée Jasmine Brass has publicly stated that he did not deserve to be shot. His life did not need to be ended by this police officer. We have seen officers investigating their fellow officers and we all know how those investigations turn out. We are calling on the Regina Police Service to allow for an outside and independent oversight body to be a part of this investigation. We have been calling for this for years and these senseless police-related deaths keep happening,” said FSIN Vice Chief Dutch Lerat in a press release.

The circumstances around Morris’ death are officially under investigation with someone from the Ministry of Justice overseeing then.

“As a result, it limits us more than usual in terms of what we can say about the event,” explained Regina Police Chief Evan Bray in a prepared statement before a media scrum on the Saturday after the shooting, before expressing his condolences to the friends and family of Morris.

“Honestly, it wasn’t necessary for them to kill him, they could’ve just tased him,” wrote Brass, who was taken to the hospital with non-life-threatening injuries, on Facebook.

“Even though Geoff put on this front of having everything under control, he cried for wanting more people other than me to be there for him,” she added, talking about Morris’ mental health.

“He didn’t deserve to die the way he did. I can’t even believe it still. It hasn’t sunken in yet,” wrote his daughter Tanisha Morris on social media that day.

Daughter Kahaila Morris wrote a post of her own in response to her father’s death.

“I’ll forever miss my father and what that cop did wasn’t right. I want justice so no other kid has to feel the way I do,” she wrote.

During the scrum, Bray also explained when an incident like this happens it is up to the coroner to decide if there will be an inquest.

“An inquest does provide full details and disclosure in an effort to try and determine not only what happened during the incident but also what can be done going forward to try and prevent similar incidents from happening,” he said.

“These situations are very fluid; they are very dynamic things happen very rapidly having said that there was a very significant period of time between when we arrived on scene and when the incident was resolved with the use of a firearm,” Chief Bray added. “I think our officers applied proper training and tactics to the satiation…I think there was a lot of collaboration. There [were] extensive efforts made to try and de-escalate the situation safely. I’m very proud of that. But I think in prudence to an investigative process which we have to respect I’m going to let the process and the investigation unfold.”

Any further information released will be in conjunction with the coroner’s office and the Ministry of Justice. Morris’ is the first fatal police shooting since September 10 1998.