Battling my image and learning to love myself 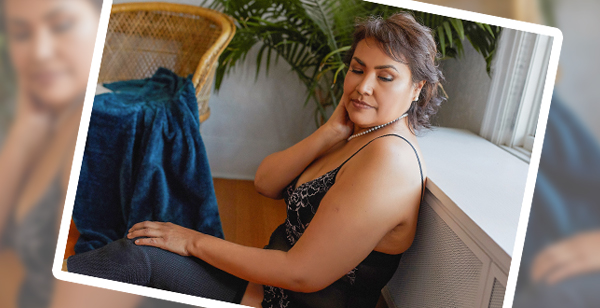 Ten years ago, if someone told me where I would be right now, I would have thought they were insane.

In 2011, I was still very naïve about life and how out of control things could become.

In January of that year, I lost my older sister in a house fire. Growing up in a large family, she was the closest to me. She was more than my sister. She was my best friend, my confidant, my protector, and the one person who I thought I would grow old with.

September that year I met someone who would drastically change the course of my life.

Initially, things were great. He became my best friend, my confidant, my protector and eventually my abuser.

It took me a few years to really come to accept that the insults, the outbursts, the apologies, the affection were a vicious cycle.

I started out 2018 homeless but as soon as I was back on my feet, I was hit with a major health crisis.

As a single mother, I needed to be OK for my children.

That fall I went back to university.

By the time my second-year anniversary of my amputation rolled around I received my Master of Journalism and returned to work.

To some, it may look like I bounced back quick, but I am only human.

Being an amputee is not easy nor is being a domestic violence survivor.

Self-doubt and insecurity about my new body has been there from the start.

It took a week for me to look at my stump and about a year to stop hating my prosthetic leg.

I still battle with my image, but I am working on it.

One violent outburst, from someone who was supposed to love me, has changed my life forever. However, I am determined not to let that experience dictate my future.

In October, to mark my second year ampuversary, I decided to do something outside of my comfort zone.

Although I didn't want to spend the money on a professional photoshoot, my daughters encouraged me.

I bought pretty outfits and had my hair and makeup done.

There was something very liberating about doing something just for me. It has helped me get closer to fully accepting and loving myself.

For an afternoon, I was not an amputee or a domestic violence survivor, but I was a woman.

Accepting my limitations is only one part of my journey. I now need to learn to fully love myself and reclaim my femininity.

It has been a battle to forget those old insults because daily put downs do have an impact regardless of who you are. It took years for that self doubt to creep into my mind, so it will take a few years to completely rid myself of it.

This is a battle I must fight alone because no one can teach me how to love myself.

My experience has shown me the strength I didn’t know I had, but most of all it’s given me the courage to be vulnerable.

Instead of fearing the future I am looking forward to setting new goals and meeting new challenges.

What I have learned so far is that as an Indigenous woman I need to give myself the same love and attention I give to those around me because I am worth it.

We are all worth it.