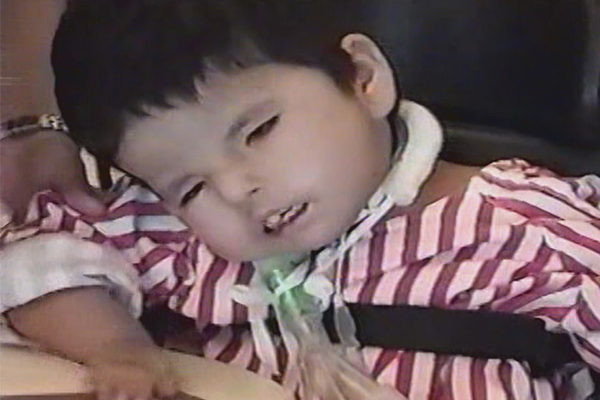 Jordan River Anderson, the boy whose plight inspired Cindy Blackstock to fight for a law to ensure Indigenous children receive health services when they need them. Jordan River Anderson, The Messenger, a new film by Director Alanis Obomsawin and produced by the National Film Board was released Aug. 31. Photo supplied by the NFB

A new film by Alanis Obomsawin tells the story behind Jordan’s Principle, which ensure that First Nations children have equitable access to all government funded public services.

“The very timely Jordan River Anderson, The Messenger completes, on an optimistic note, the film cycle devoted to the rights of Indigenous children and peoples that began with The People of the Kattawapiskak River,” according to a media release from the National Film Board.

“Filmed in centres of political power, in First Nations communities, and at public demonstrations, Jordan River Anderson, The Messenger provides a forum in which the voices of parents, caregivers, and their legal representatives can all be heard.

“Alanis Obomsawin’s latest documentary completes, on a note of optimism, the cycle of films devoted to the rights of children and Indigenous peoples that she began with The People of the Kattawapiskak River.”

Jordan Anderson, from the Norway House Cree Nation of Manitoba, was five years old when he died from complications of Carey Fineman Ziter syndrom in a Winnipeg hospital in 2005.

During his hospital stay, a dispute arose between the governments of Canada and Manitoba over who was financially responsible for his care, and Jordan did not receive the appropriate home-based assistance that would have allowed him to live out his life in his own community.

Cindy Blackstock, a successful activist for child welfare and the executive director of the First Nations Child and Family Caring Society of Canada, pushed for legislation to ensure no Indigenous child will ever face what the Anderson family did.

Jordan’s Principle was created and passed into law by the House of Commons, and the Canadian Human Rights Tribunal issued a ruling guaranteeing First Nations children receive the same standard of service as other children, yet many First Nations and Inuit children were still denied access to services. It took sustained commitment by Blackstock and the issuance of several mandatory orders for justice to be done.

According to the Government of Canada website, between July 2016 to July 31, 2020 more than 691,000 products, services and supports were approved under Jordan’s Principle, including things like speech therapy, educational supports, medical equipment and mental health services for Indigenous children in Canada.

The Messenger can be viewed at: https://www.nfb.ca/film/jordan-river-anderson-the-messenger/.