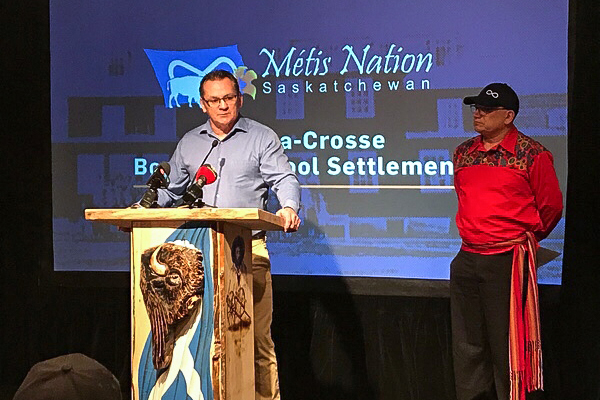 The Métis Nation – Saskatchewan (MN-S) has turned to the courts to address the Government of Saskatchewan on the continuing use and reliance on the 2010 First Nation and Metis Consultation Policy Framework. MN-S sent out a statement on September 16, 2020 detailing the claim.

According to the media release, MN-S is asking the Court of Queen’s Bench for Saskatchewan for several declarations, including that the 2010 Policy is invalid and that the Province’s reliance on the 2010 Policy to avoid its duty to consult is dishonourable.

The MN-S claims, which have not been proven in court, include that the 2010 Policy is inconsistent with the provincial government’s constitutional duty to consult and fails to uphold the “honour of the Crown,” which it says is an important constitutional principle and obligation necessary for reconciliation.

The claim says the provincial government’s refusal to consider Métis land rights and commercial harvesting rights could impact Métis communities and their lands and resources.

“The rights and concerns of Saskatchewan Métis have been marginalized for too long. The 2010 Policy has perpetuated this harm and has denied Saskatchewan Métis the rights and protections they are owed by Section 35 of the Constitution,” added McCallum. “This must and will change. We call on the Province to reject the 2010 Policy, and to treat Métis with the respect and dignity they deserve as Canadians and as a rights-holding people.”

The Government of Saskatchewan has not been served with a Statement of Claim regarding the 2010 First Nation and Metis Consultation Policy Framework, said spokesperson Marieka Andrew in an emailed statement.

“We are unaware of the specific allegations being made. The Government of Saskatchewan values its relationship with the Metis Nation and is committed to working constructively with MN-S and all our First Nations partners,” she wrote.

In 2019, MN-S and the Government of Canada signed the ‘Metis Government Recognition and Self-Government Agreement’, which recognizes that MN-S is mandated to represent the Métis of Saskatchewan. The 2018 Framework for Advancing Reconciliation between MN-S and Canada provides establishing processes to recognize and respect Métis rights and land claims.