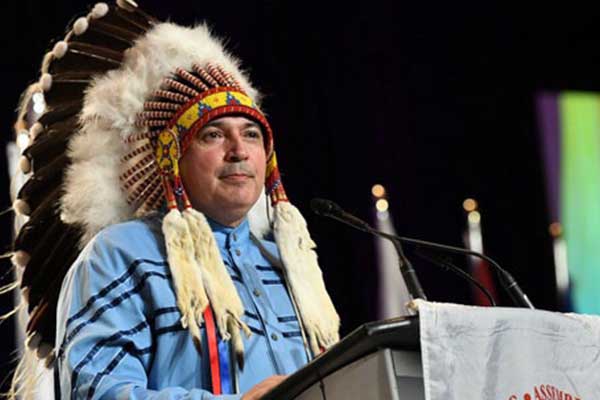 The Federal government and the Assembly of First Nations (AFN) have formalized an agreement to create the structure needed to implement Bill C-92, which affirms First Nations jurisdiction over child and family services and is meant to reduce the number of First Nations children in foster care.

“First Nations children deserve to grow up in a home that is full of love, culturally relevant, and has the resources to ensure success in life,” said AFN National Chief Perry Bellegarde.

The legislation, which was introduced February 28, 2019 and came into force on January 1, 2020, also recognizes, for the first time in Canadian history, the precedence of First Nations laws over federal and provincial legislation, according to a government news release.

The Ministry of Indigenous Services and the Assembly of First Nations (AFN) signed an agreement July 7 to implement the legislation.

“Just as the Act was co-developed with partners, the signing of this Protocol with the Assembly of First Nations will help ensure that discussions surrounding its implementation happen in a way that works for First Nations, and the children of their community,” Minister of Indigenous Services Marc Miller said in a media release.

“By formalizing discussions on the Act’s implementation, we are working together to reduce the number of Indigenous children in care.”

Bill C-92 is an act to respect the inherent right of First Nations to self-govern while affirming their jurisdiction in matters of child and family services.

The two organizations have also agreed to meet regularly and to establish a national policy through creation of a Joint National Working Group. Tools and mechanisms at the federal level will be developed to support the implementation of the Act.