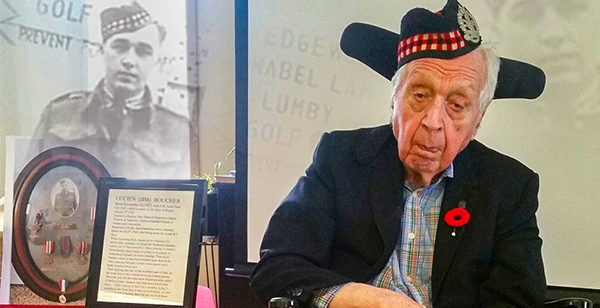 Boucher, 97, with some of the medals earned while fighting in World War II. Photos Anita Grenier

Although it ended more than 75 years ago, Metis Veteran Lucien (Jim) Boucher still has vivid recollections of the perils of fighting in the Second World War.

“I remember praying a lot when I was on the frontline, fighting,” Boucher, 97, said during a telephone interview.

“One time, another (soldier) asked me if I could pray for him, because he didn't know how to pray. I told him that I was too busy praying for myself!”

Born west of St. Louis, Saskatchewan on November 24, 1922, Boucher joined the Canadian Army when he was 20 years old, stating very matter-of-factly now, that “I was called so I signed up.”

Boucher's training took him from Regina to Vancouver Island to Alaska. Upon returning from a 30-day home leave, he volunteered for active duty overseas. He joined the Seaforth Islanders in 1944, where he was sent to fight on the frontlines at the Lamone River in Northern Italy. Boucher was the operator of a 'Bren-gun', a light machine gun often mounted on a tripod or vehicle.

After serving for six months in Italy, he was sent to Holland, where he served the final month of the war, until it ended in September, 1944.

“I remember driving into Amsterdam the day after the war ended,” said Boucher when asked about moments that stay with him most.

Boucher describes his experiences as 'rough', seeing many of his fellow soldiers killed in Italy and Holland. But despite the trauma he endured, he said he is proud of his contributions to Canada.

“Yes, (I am proud). That's why I went overseas. So that these people, my family, the people of Canada, would have their freedom,” he said.

At the time, war seemed to have wiped away any racial or cultural tensions. Boucher said he doesn't recall anyone treating him differently for his ethnicity.

“(Metis soldiers) were human beings, just like all of us,” he said. “We were the same. That's when we were all the same.”

After the war, Boucher returned home, where he went back to farming with his father. In 1950, when Boucher married a young lady named Lorette, his father gave him 200 acres of farm land. Boucher and Lorette had two children, Anita (now Grenier) and James.

“I'm so proud of my father, and that he has done so much for Canada,” Grenier said. “And he is really proud of what he's done. He still has his medals.”

Listening to his stories from war over the years, Grenier said the effect war had on children is one of the things that impacted him most. 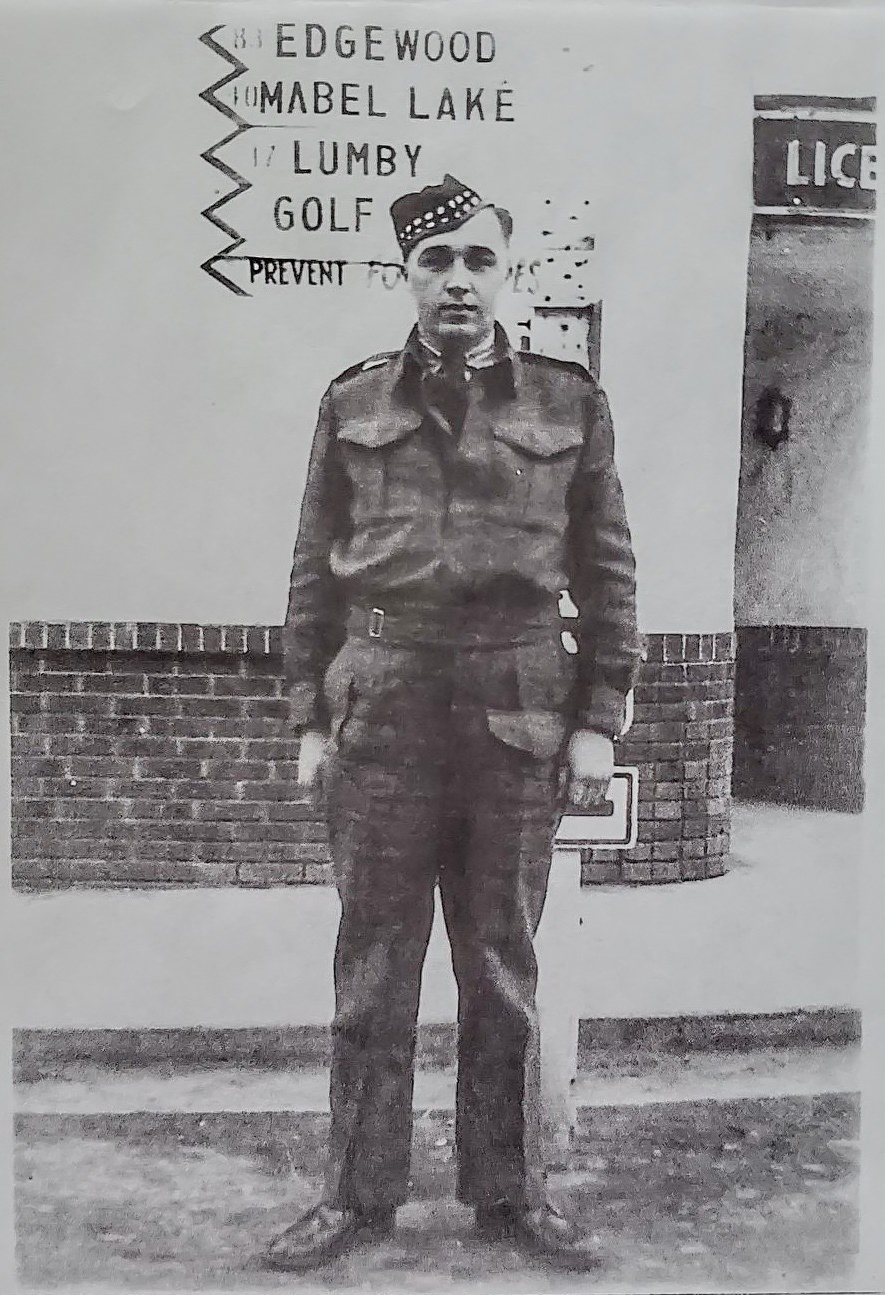 When Boucher returned home, he and his fellow Metis and First Nations veterans found that the equality they enjoyed among their brothers in arms was denied them by the government of the country they fought for.

They were denied the postwar benefits of loans, education, housing and land grants that were available to all other veterans.

In October 2019, Boucher received $20,000 as part of the Canada-Metis Nation Veterans Recognition Payment Agreement to help compensate for those wrongs.

“Right after the war, they gave awards and medals, but I wish I could've gotten (this money) before, when I was younger. So my family could've used it. Now I'm too old.”