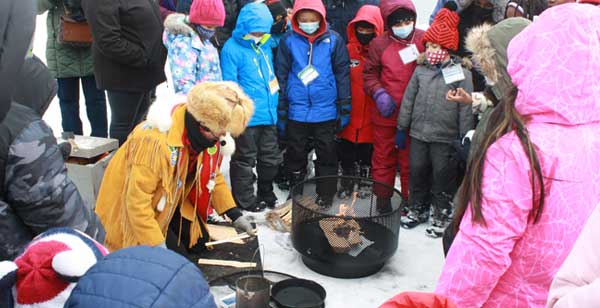 Snowshoeing, making bannock, building a fire in cold weather, creating a snowman – for most, these are core components of what it means to be a Canadian during the winter. But for many new Canadians, our ingrained wintertime traditions are a novel and unfamiliar adventure.

At the Winter Culture Day on March 7, the Saskatchewan Intercultural Association (SIA) brought these important Canadian and Indigenous practices to a diverse group of people, who had yet to fully winterize themselves.

“It's important for newcomers, mainstream Canadians, and Indigenous people to all come together in a community setting and experience what it's like to be a Canadian, in a Canadian winter,” said Gabriela Potosme, SIA youth program coordinator. 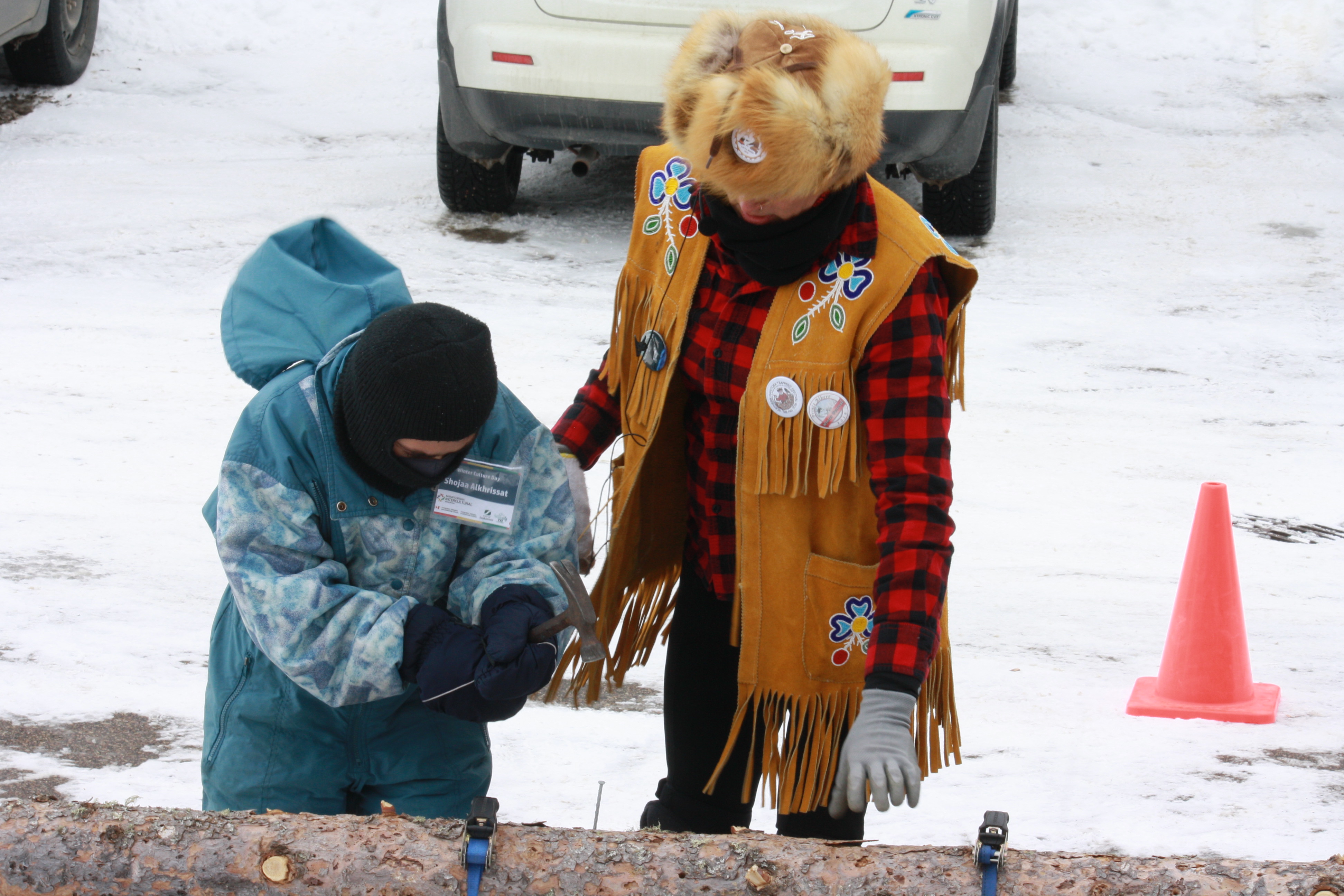 A young girl drives a nail into a log. Photo by NC Raine

“Winter can be isolating. But we want to show that Canada isn't so dreary in the winter. It can be exciting,” she said.

Attended by bundled toddlers to Elders, the full-day, free event also included storytelling and Indigenous folklore, a ceremony with an Elder, traditional games, a halal lunch, and a special presentation from Queen Trapper Clarissa Burns.

“It's part of being Indigenous and our traditions – teaching other cultures, showing them how our ancestors grew up. It's an honour to carry on that tradition,” said Burns.

The Queen Trapper earned her crown after winning a competition in La Ronge that involved events like axe throwing, animal calls, fire building, and trap setting. Burns enjoyed sharing her skills with new Canadians not only because it's part of her culture, but they're also practical survival skills. 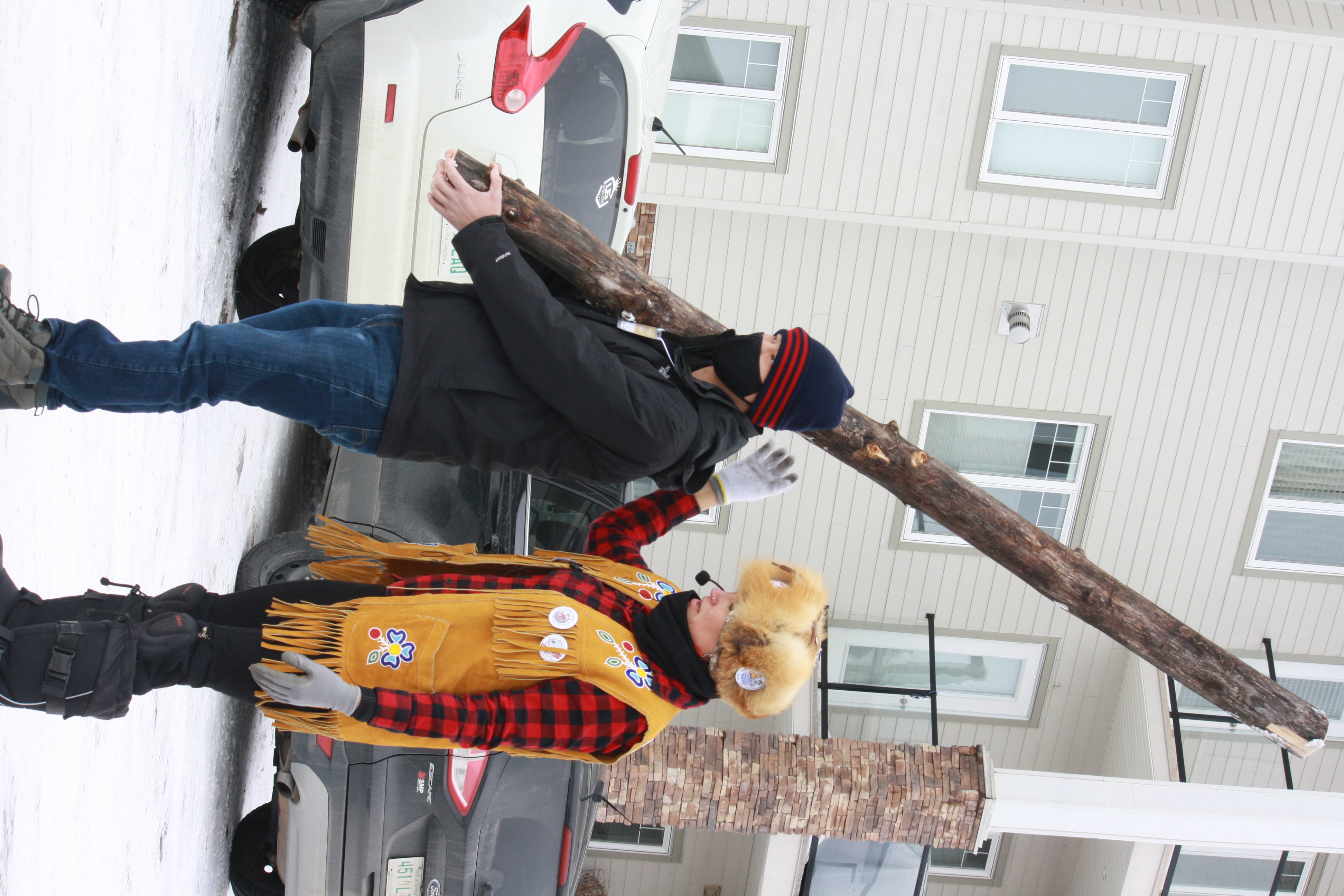 “The message I try to share is that you don't know what you're capable of doing before you try,” said Burns. “So events like these bring the community together. It lets everyone know they're part of something.”

Joel Okonta, an 11-year-old from Nigeria, was one of the many young people to participate in the Winter Culture Day event. Okonta, who has been with his family in Canada for 11 months and participating in SIA programs for nine months, said learning Indigenous culture can sometimes be a challenge.

“In my school, sometimes when we're learning about Indigenous things, I'm not really sure if I should participate. I feel like I have to be careful,” he said. 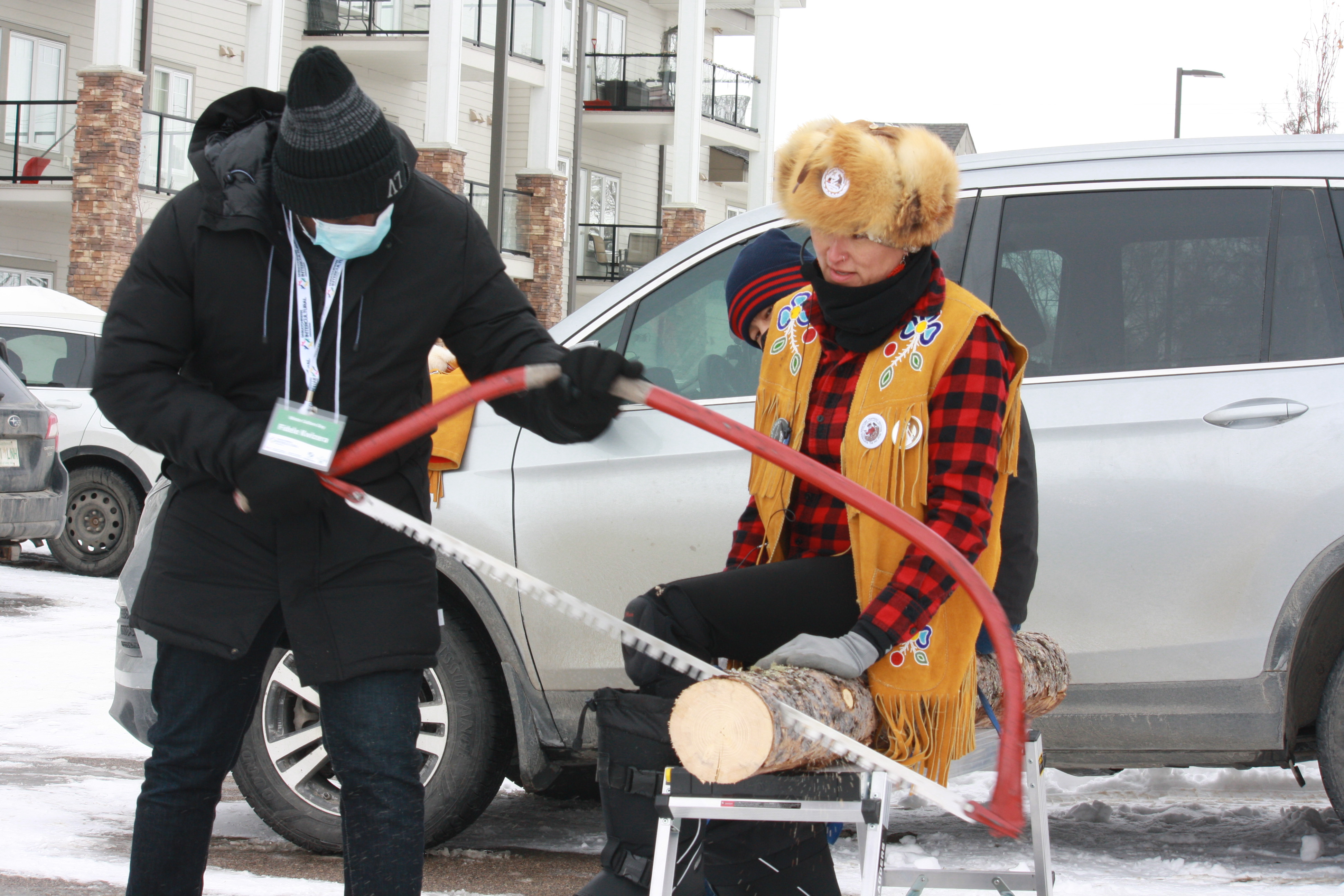 Burns demonstrated and then encouraged others to practice log sawing skills. Photo by NC Raine

“Today, I felt very included,” he said. “They want you to be part of everything. If you want a recommendation, I give everything today five stars.”

Building bridges was the focus of the event.

SIA event organizer, Potosme, said the hope is to create lasting connections between newcomers and Indigenous people, all in the spirit of reconciliation.

“If we can learn something from someone else's culture, then we can open our perspectives and be more welcoming,” said Potosme. “The more we engage in this kind of thing, the less negativity will be out there. I think peace is everyone's goal.”