The forgotten pair of moccasins for Timber Bay School 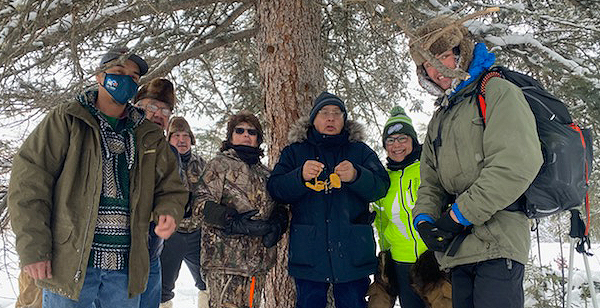 
Once again B’Yauling Toni has demonstrated his commitment to reconciliation by snowshoeing nearly 300 kilometres to deliver a pair of moccasins to the Timber Bay School site.

“I chose to walk because I think it’s symbolic of what a lot of Indigenous children had to go through both to reach these schools, as well as, to escape them,” he said. “Hopefully through my walking I can learn a little bit about some of the things they had to face."

Over the summer, the 21-year-old biked to every Indian Residential School in the province where he laid a pair of moccasins in honour of all survivors and victims of the institutions.

“I heard about this place on my journey and when I got home I knew I had to go back and do something about that,” said Toni. 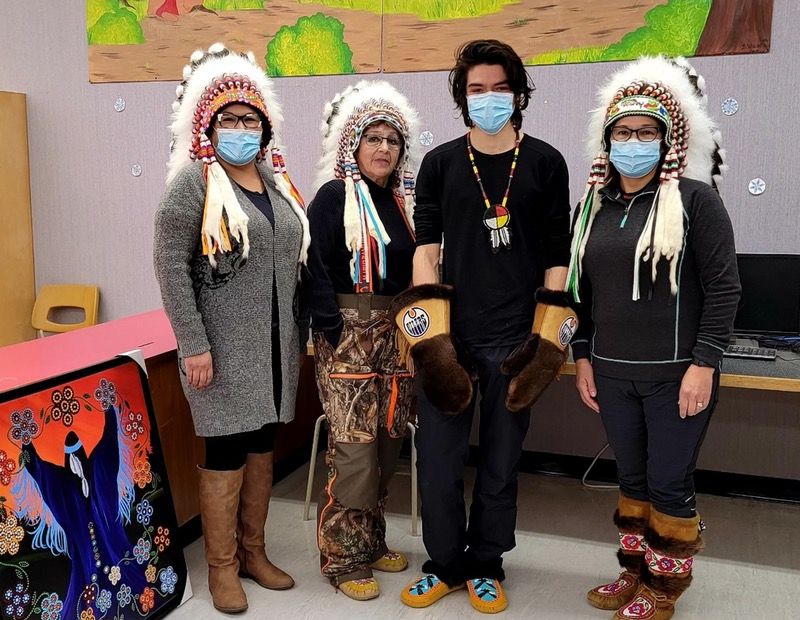 The Timber Bay Children’s Home located 18 kilometres outside of Montreal Lake Cree Nation is not recognized as a federal residential school and not included in the settlement. It was provincially and federally funded from 1952 until 1994.

To date, Indigenous leaders have been unsuccessful in attempts to have Timber Bay added to the list.

“It was a surreal experience,” said Toni. “I was quite honoured to meet with those leaders and to see them there.”

He said the experience so far has shown him how much work still needs to be done.
“Earlier in the summer I had a realization that something has gone on here, in the place that I call home, that I really don’t understand,” said Toni.

The quest to educate himself has taken him places where he’s met many people such as Dwight Ballantyne.

The B.C. resident heard about Toni’s summer journey and reached out to him. The pair met and discussions soon turned to Timber Bay. 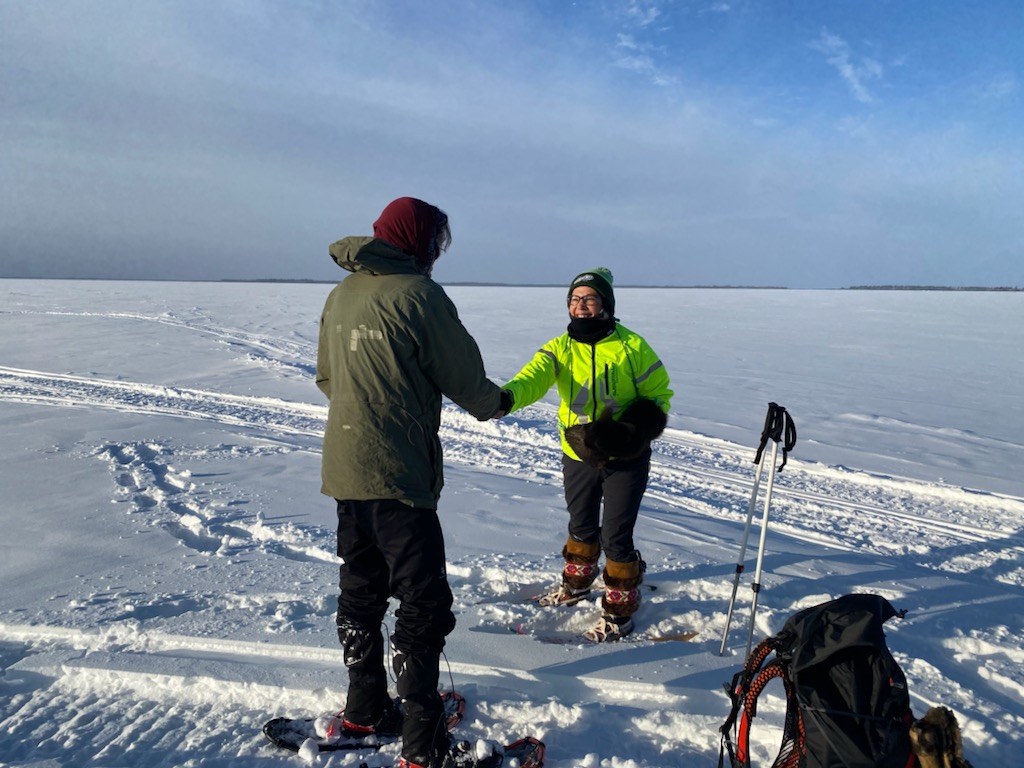 “I got to find out who he was and why he does what he does,” said Ballantyne. “He’s astonishing, that's for sure.”

As founder of the Ballantyne Project, he has been working for years to raise awareness about Indian Residential Schools particularly the Timber Bay School because as a member of Montreal Lake Cree Nation - it’s personal.

“Toni told me he was going to snowshoe over the Christmas holidays and he asked me if I could work with him,” said Ballantyne. “I had no doubt he was going to do it.”
He helped Toni with the communications part of his journey.

“I think he is the perfect example of how you can take action,” said Ballantyne. “I can’t even thank him enough for what he did because it is an emotional story for me and my community.”

He said the fight to get the school recognized as a residential school is far from over. Ballantyne has started the Forgotten Pair Petition that has more than 1,000 signatures, the goal is to present it to Premier Scott Moe in the near future.