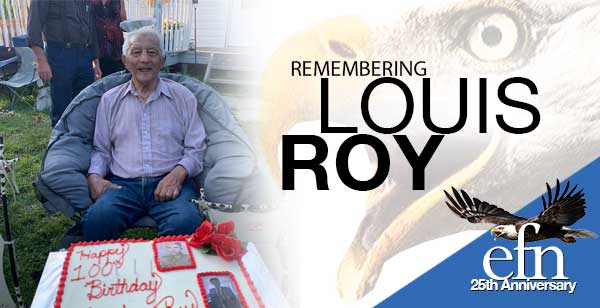 “It was a real sight,” said Glenda Burnouf, Roy’s granddaughter. “We had just laid him down in his final resting spot and the jets flew over. It was really touching.”

Roy, a veteran of the Second World War, was 101 years and one of the oldest remaining veterans in Canada.

He enlisted when he was 21 and served in France, in Dover, and on the frontlines in Italy. He returned home at the age of 25, but like other Indigenous soldiers wasn’t given recognition or support when he returned back to Canada. 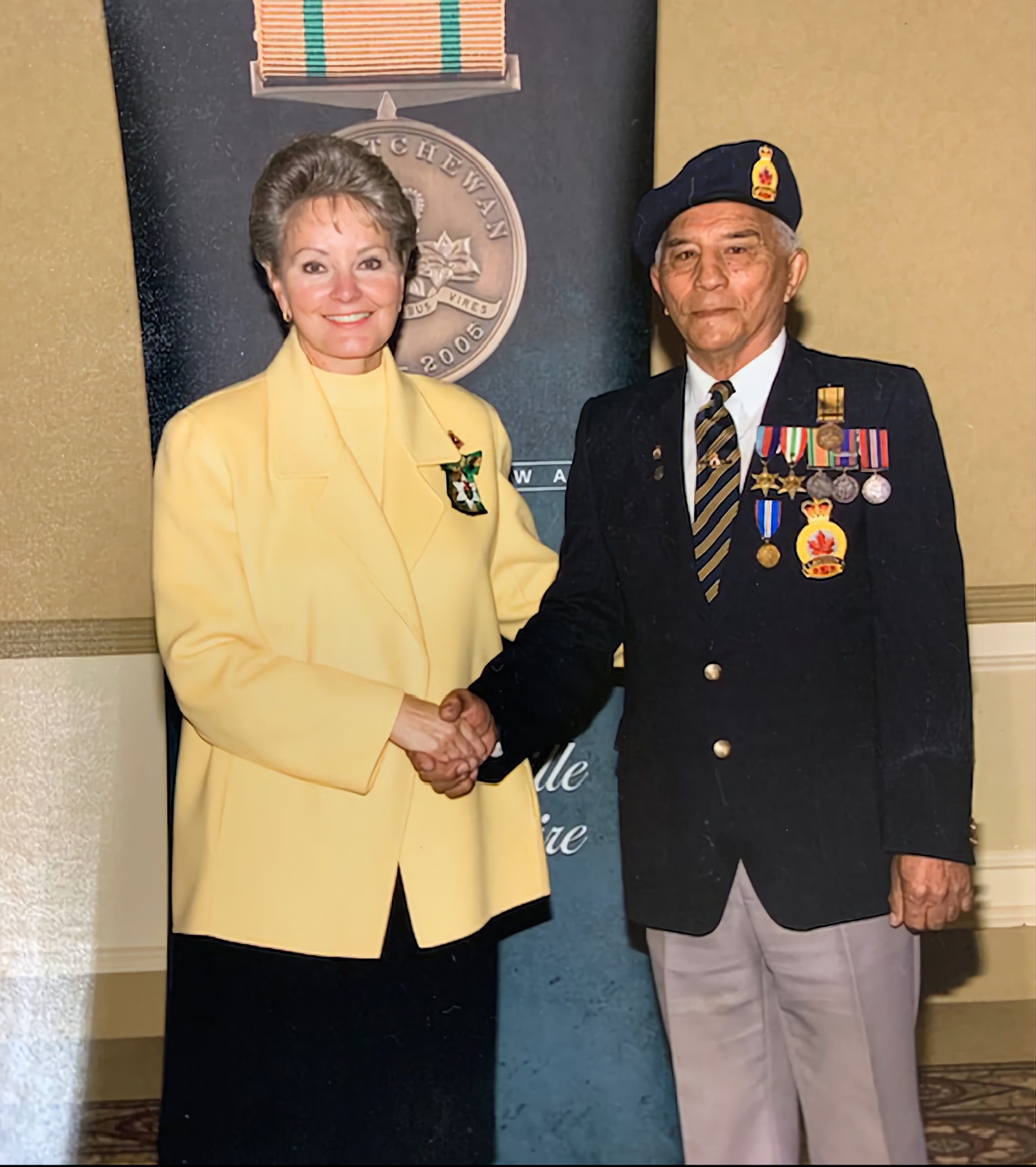 Back in Beauval, Roy turned to trapping and fishing for many years before training to become a carpenter, a trade he practised until he retired in 1985.

“One of his biggest loves was for the outdoors,’’ said Burnouf. “He was always out paddling, or canoeing, or boating around the rivers and lakes of Beauval, hunting, trapping, fishing, or building little cabins out in the wilderness.”

Looking back, Burnouf believes there may have been more to it. “I feel that is how he found his solace and healing, in the outdoors,” she said. “He did on-the-land healing before it even was a thing.”

At 85 years old, he built the home he lived in until the fall of 2020. The previous August, his family gathered with him there to celebrate his 100th birthday. 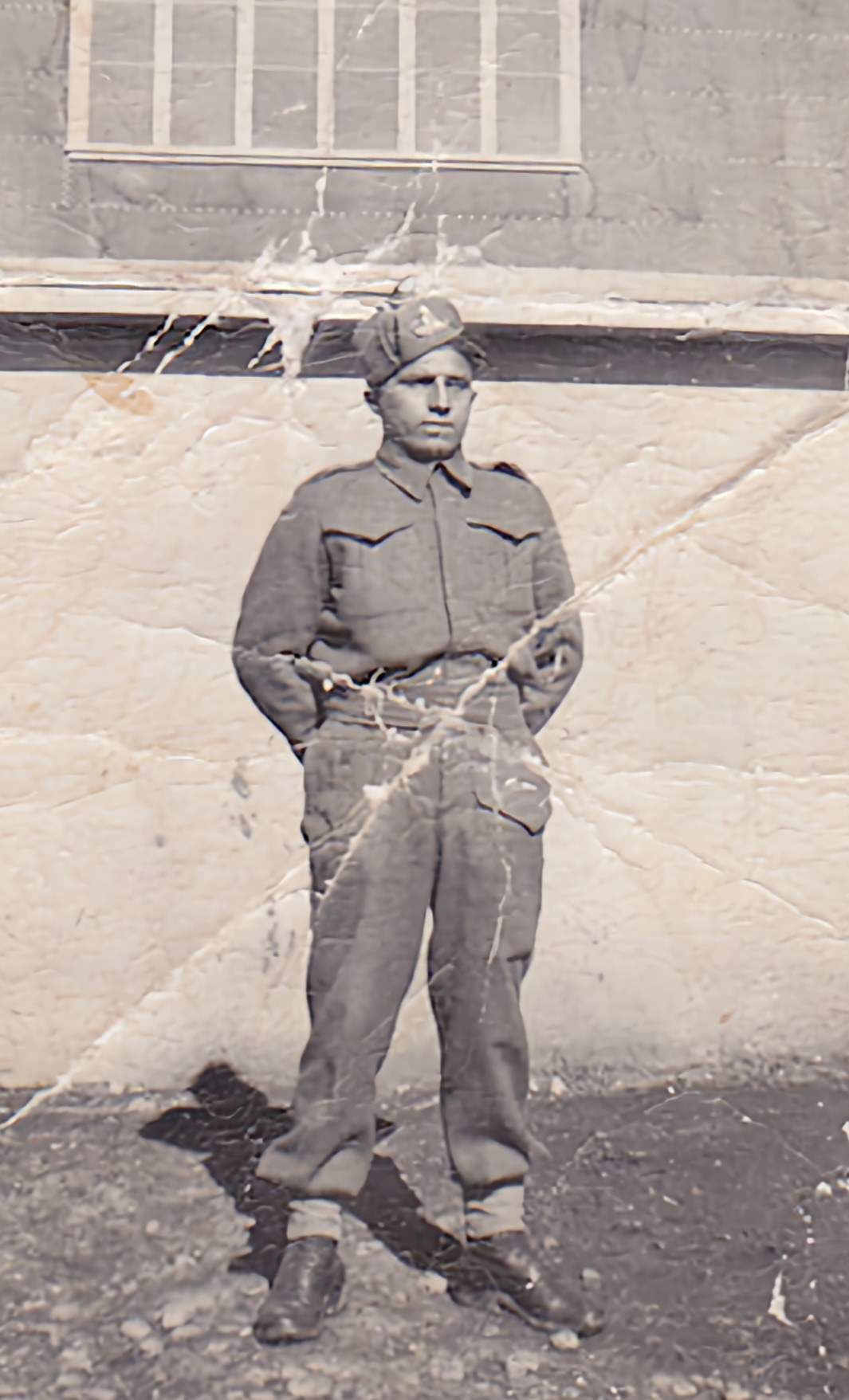 Louis Roy in uniform during his service. He enlisted when he was 21 and returned home when he was 25, The Métis Elder and veteran passed away on Jan. 11, 2022. Photo submitted by Roy’s Granddaughter Glenda Burnouf

“He just sat there and took it all in, of course he was still trying to make us all laugh, tell little jokes, and his funny antics,” Burnouf said.

In 2019, Métis veterans were given an apology from Canada –– Louis Roy was the first honoured. Burnouf says she is pleased to see the recognition coming for Métis veterans and the attention her grandfather received at the funeral, even though she knows he would say it wasn’t needed.

“He was such a humble man,” she said. “He never really wanted any attention.”

Burnoff said her grandfather made a lasting impact on many people. “The legacy my grandfather left me, I would say, is his wealth of wisdom and experiences,” she said. “He just knew so much. He was a true Knowledge Keeper, and having a figure like him in our lives inspired and motivated a lot of us.”

Since his passing, Burnouf has been hearing from many people, including those she doesn’t know, “just sharing stories about him and how he’s touched so many different people in different ways.”