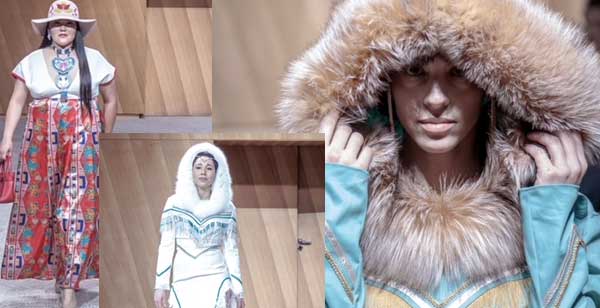 Chelsa Racette, IIFW Founder and Executive Director of the non-profit fashion show, has organized events both nationally and internationally, but decided to celebrate the IIFW milestone by returning to where it all began.

The last time an IIFW show took place was in Paris at the Eiffel Tower in 2019. 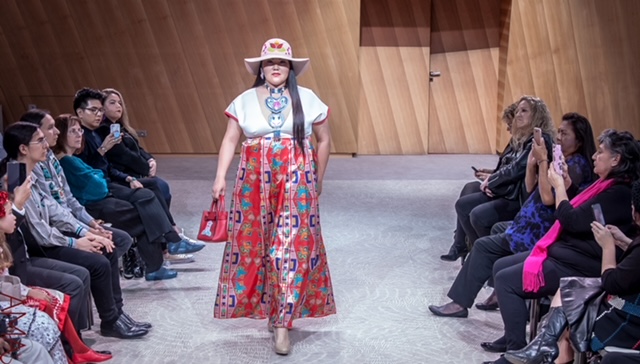 
Although Racette is celebrating the 10-year anniversary, it was not an easy journey to get the first-of-its-kind show off the ground.

According to the IIFW website, it all started in 2005 when she started a modelling agency, because she wanted to get more Indigenous people involved and excited about the industry. Racette then went on to create a fashion production company. However, by 2010, she came up with a concept of what she wanted to create and put in two years of hard work to make it happen.

“There are all sorts of different cultural fashion events, and the Indigenous people didn’t have their own, so I figured it would be a way for us to do it,” said Racette. “I wanted to showcase the authenticity of it…I wanted to show the cultural aspect [of fashion] with a modern-day touch.”

In 2012, she formally launched the National Aboriginal Fashion Week and after several successful shows she took it to a global audience and rebranded as IIFW. 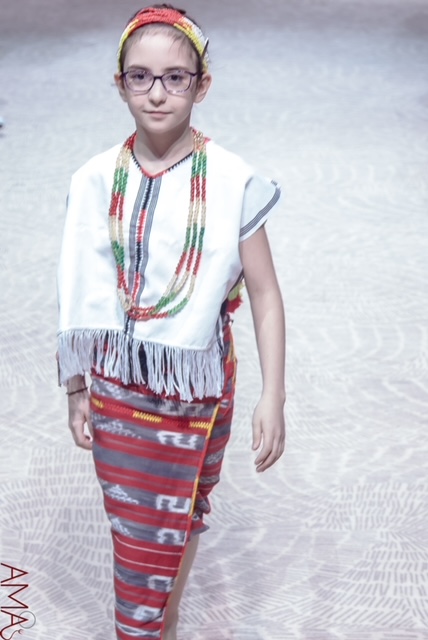 Racette said the models, makeup teams, and volunteers can be of any ethnicity, but the designers are “one hundred percent Indigenous.”

What sets her shows apart from others is the cultural component. Each one begins with an opening prayer song with a drum, followed by performances, and a closing ceremony.

The FashioNATIVE show will also feature a model competition during the day with the winner set to attend fashion shows in Paris and New York in September 2022.

Racette is expecting 30 vendors, with artists and fashion designers from Alberta and Saskatchewan.

One of those designers is Debra Moccasin who has been working with IIFW since 2018.

“Racette inspired me and the atmosphere is beyond amazing,” she said. “She opened doors for a lot of us in the fashion world, and is inspirational not only for me but for other Indigenous women, men, and teenagers.”

Moccasin said being a part of IIFW has been a wonderful experience. In August 2020, she placed third in Designer of the Year category at the inaugural IIFW Awards.

“It’s really exciting and I love how we all support each other by sharing each other's posts to show our support,” she said.

Moccasin began sewing when she was very young and describes her design aesthetic as versatile because it ranges from chic to trendy.

For FashioNATIVE she plans to showcase a “summer theme” that incorporates bright colours from her Indigenous culture.

“I wing my creations,” said Moccasin. “I like to create everything from contemporary to traditional designs.”

She is looking forward to the upcoming show and hopes to “network with other Indigenous designers and models, as well as to meet and collaborate for upcoming fashion shows.”

“I want everybody to come and have a good time, enjoy the show, and buy something nice from the art market to support the Indigenous artists,” said Racette.

For more details or to participate in this year’s event, visit www.indigenousfashionweek.ca. Tickets are available at www.eventbrite.ca/e/fashionative-runway-showcase-arts-market-tickets-313726413147