Indigenous History Month reaches a milestone, but what has changed 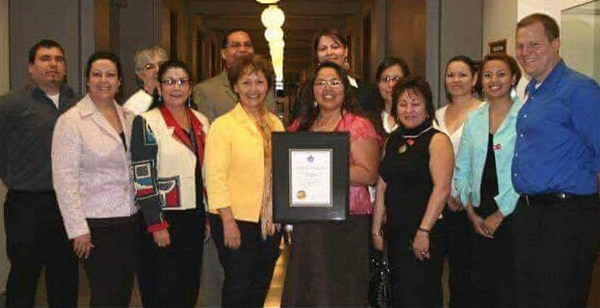 Fifteen years ago, a group of young Indigenous professionals became a part of history when they successfully lobbied to have June declared as Indigenous History Month.

In 2007, the Regina Aboriginal Professional Association (RAPA) and the City of Regina became the first municipality in Canada to proclaim June as Indigenous History Month.

Melanie Cote, a former RAPA member, was part of the movement and although she's proud of what they did accomplish. She says not much has changed since 2007 and her sentiment is shared by Pat Fiacco the former mayor of Regina. .

Most people know June 21st is National Indigenous People’s Day, many don’t know the entire month is dedicated to celebrating Indigenous history and culture, she said.

Ideally, Cote would like to see it be as widely recognized as Black History Month with facts shared about Indigenous history and culture all month long with a calendar of events happening locally and nationally, but that hasn’t happened yet.

“Hopefully we will get there one day,” she said. “Organizations do share things, but it’s not organized nationally.”

Cote remembers what it was like when the idea was born.

“It was spearheaded by Joely (Big Eagle-Kequahtooway), she encouraged us all and got us all excited about it,” she said. “We weren’t actually sure how to go about it or what to do.”

They first approached the city with a formal request and much to their surprise it was granted without any resistance.

Fiacco was the mayor of Regina during that time and said the council unanimously supported the request.

It was not the last time Fiacco and his council made history.

"(In 2011) we became the first city in Canada to have the Treaty flag of our territory permanently flying in front of city hall," he said. "Other municipalities actually began giving me a call and followed us."

Growing up in the Cathedral neighbourhood, he had many friends who were Indigenous, which increased after he entered municipal politics.

“As the mayor of the city, I had an obligation to ensure that there was full inclusion of Indigenous peoples whether it was at City Hall, in regards to the workforce, but also in general,” said Fiacco. “I took the initiative to go out and visit almost all the bands in Treaty 4 and spent time with chief and council and elders, for the most part, and the community.”

After the city proclaimed June as Indigenous History Month, the momentum continued and on June 11, 2007 RAPA members were invited to the Saskatchewan Legislature where it was proclaimed provincially . The following day, RAPA members were informed NDP MP Jean Crowder put forth a motion to have June officially designated throughout Canada. On June 4, 2009 the House of Commons officially accepted the motion.

Cote said having the municipal, provincial and federal declarations are good, because it shows what people can accomplish when they work towards a common goal.

Equally important, to her, is sharing her knowledge of Indigenous history with those around her whether it's at home or at work.

“My family lost our culture because of residential school,” she said. “So being a part of committees like RAPA and AGEN (Aboriginal Government Employees Network) have really helped me (reconnect) to my culture. There are a lot of people who know their culture and history and I always tell my kids, ‘You got to get involved and learn about our people.’ ”

Fiacco said although 15 years is a significant amount of time, not much has changed in terms of balancing the scales of inequality.

“Heck we still have unsafe drinking water in some communities,” he said.

However, Fiacco is hopeful things will change because now there is an openness by the greater community to listen to what Indigenous people are saying.

If you have any events happening during Indigenous History Month please email them to contact@eaglefeathernews.com or kerrybenjoe.efn@gmail.com